Love it or hate it, winter is still with us – keeping us from the brighter delights of spring. But what happens to the delicate vineyards of Bordeaux during the colder months?

In Bordeaux, like everywhere else, it’s been a wet winter. The region has seen 26cm (10 inches) of rain since the start of December – three times the usual amount in the same period!

It might sound like a deluge of dangerous proportions, but it doesn’t worry the Bordeaux winemakers too much. “We needed some rain, there was a water deficit, so it does us good” explains winemaker Paul-Arthur Bardet, owner of the vineyard that bears his name. 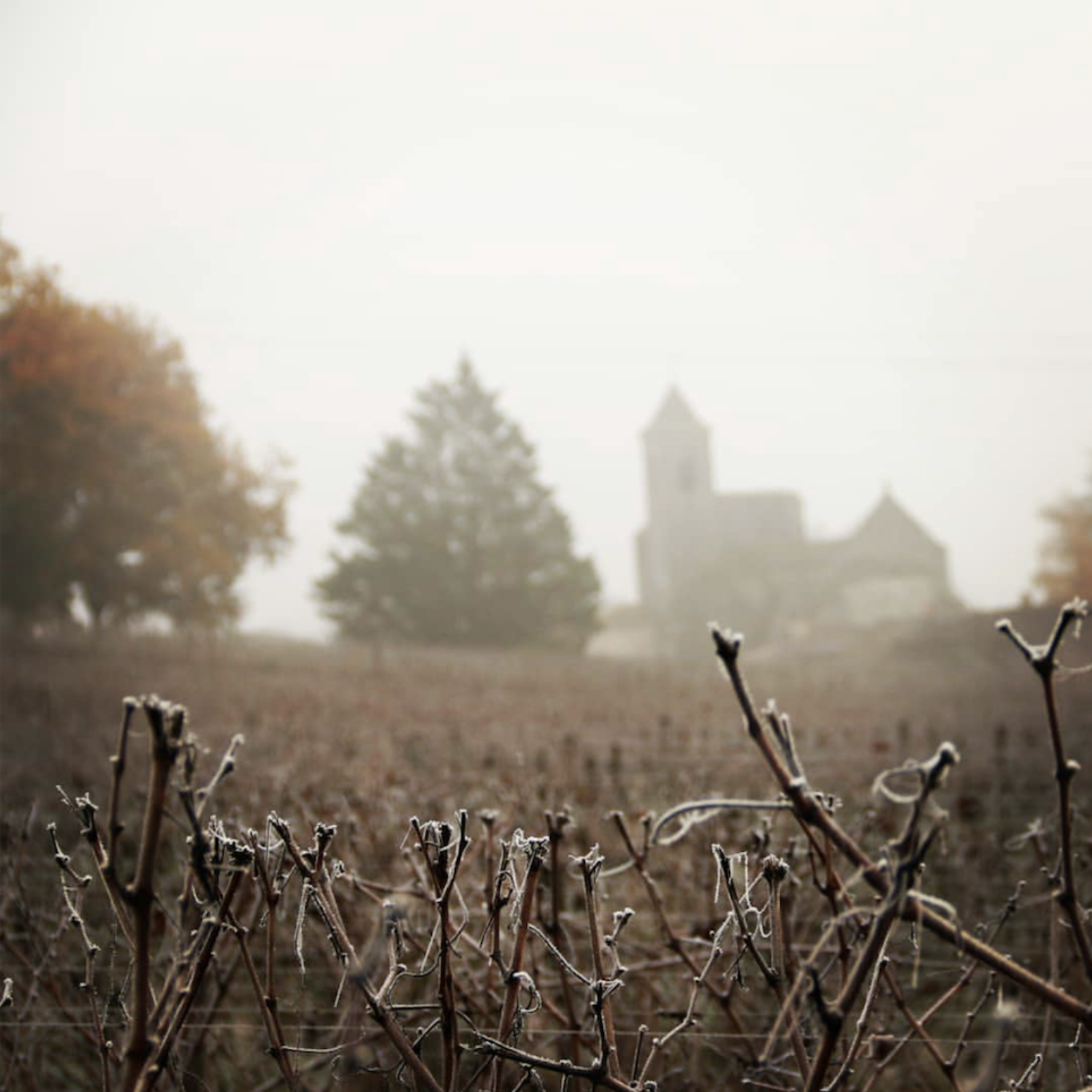 “What is dangerous though is when temperatures rise rapidly, creating a risk of over-growth. But for now nature is in its winter dormancy.”

Dormancy – a word hinting at the soon-to-be-realised potential of the grape crops. In winter, the vines enter a state of biological shutdown: the sap returns to the roots, colours fade, nature rests. 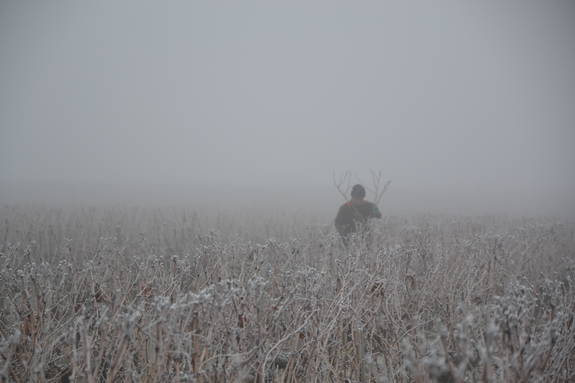 “Vineyards in winter are sad, the plots of land are grey, as if they were sleeping,” observes Astrid Jordana, owner of Château Arbo.

Despite their plants taking a winter break, it’s certainly no holiday for the winegrowers: “Even though we are far from the hustle and bustle we experience in summer, several tasks still need to be done” adds another Bordeaux vineyard owner, who, like all winemakers, uses winter as an opportunity to prune the vines.

Pruning is an exhausting job. It can happen anytime between November and the middle of March, before buds appear. “It is a strategic moment as we prepare the summer harvest by giving shape to the new vines,” continues Paul-Arthur Bardet. Every day throughout the pruning season, Bardet has three or four people working on his 50 hectares of vines. “Everything is done by hand. Pruning would be difficult to mechanise as every vine is different.”

“For instance, on our estate, the same people prune the same vine plants year after year, in order to optimise their growth.” 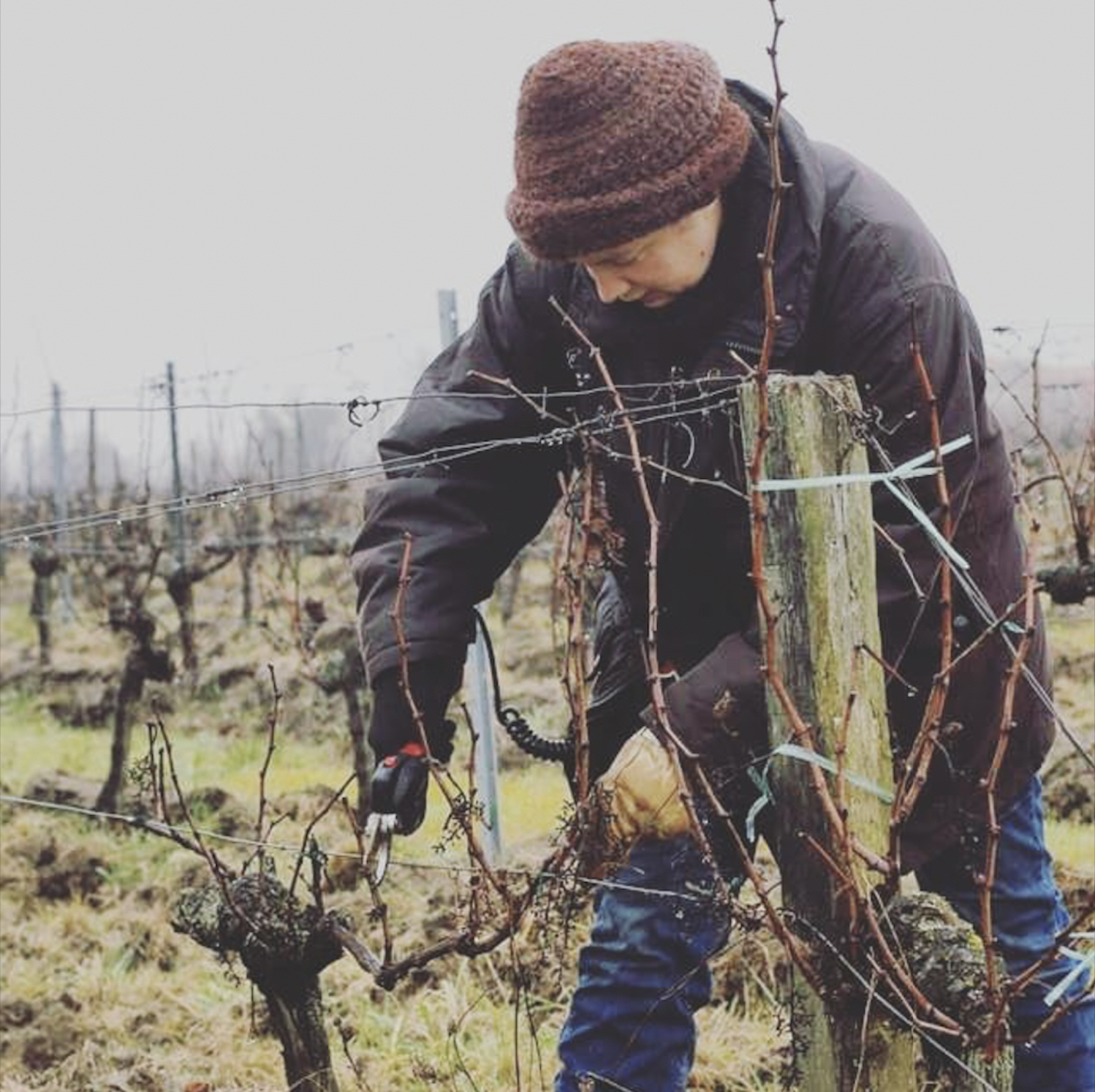 Last spring’s deep frost makes this year’s pruning tough work. “We are currently pruning the vines for the sweet white wines, but since the vines froze, we struggle to find pruning branches,” says Marc Medeville of Château Fayau. “These are the branches which bore fruit and will produce more this year.”

In addition to pruning, timber needs to be cleared. The pruned vine branches are mulched and reused as plant food (burning vine shoots was recently banned to reduce particulate pollution) “The mulched twigs will provide humus to regenerate the soil,” says Paul-Arthur Bardet, but he cheerfully admits that “a few bundles will end up on the barbecue next summer.”

That’s it for the field work. But the cellars don’t sleep either. It’s also at this time of year that the racking of the previous year’s harvest takes place. “We siphon the wine from the 2016 harvest from the barrel to the vat… it will remain there for two to three months before bottling” explains Astrid Jordana. This way, the lees (sediment) can settle at the bottom of the barrels and be removed. Storing the wine in vats protects it from contact with the air, allowing it to mature until being bottled in the spring.

This way, the lees (sediment) can settle at the bottom of the barrels and be removed. Storing the wine in vats protects it from contact with the air, allowing it to mature until being bottled in the spring.

The last word goes to Paul-Arthur Bardet: “And we do not forget to regularly taste the wine to check its evolution during the maturing process.

“And to fill what I call the angels’ share, the missing part which has been absorbed by the barrels.”

Celebrate the Chinese Year of the Dog with Bordeaux wines
<