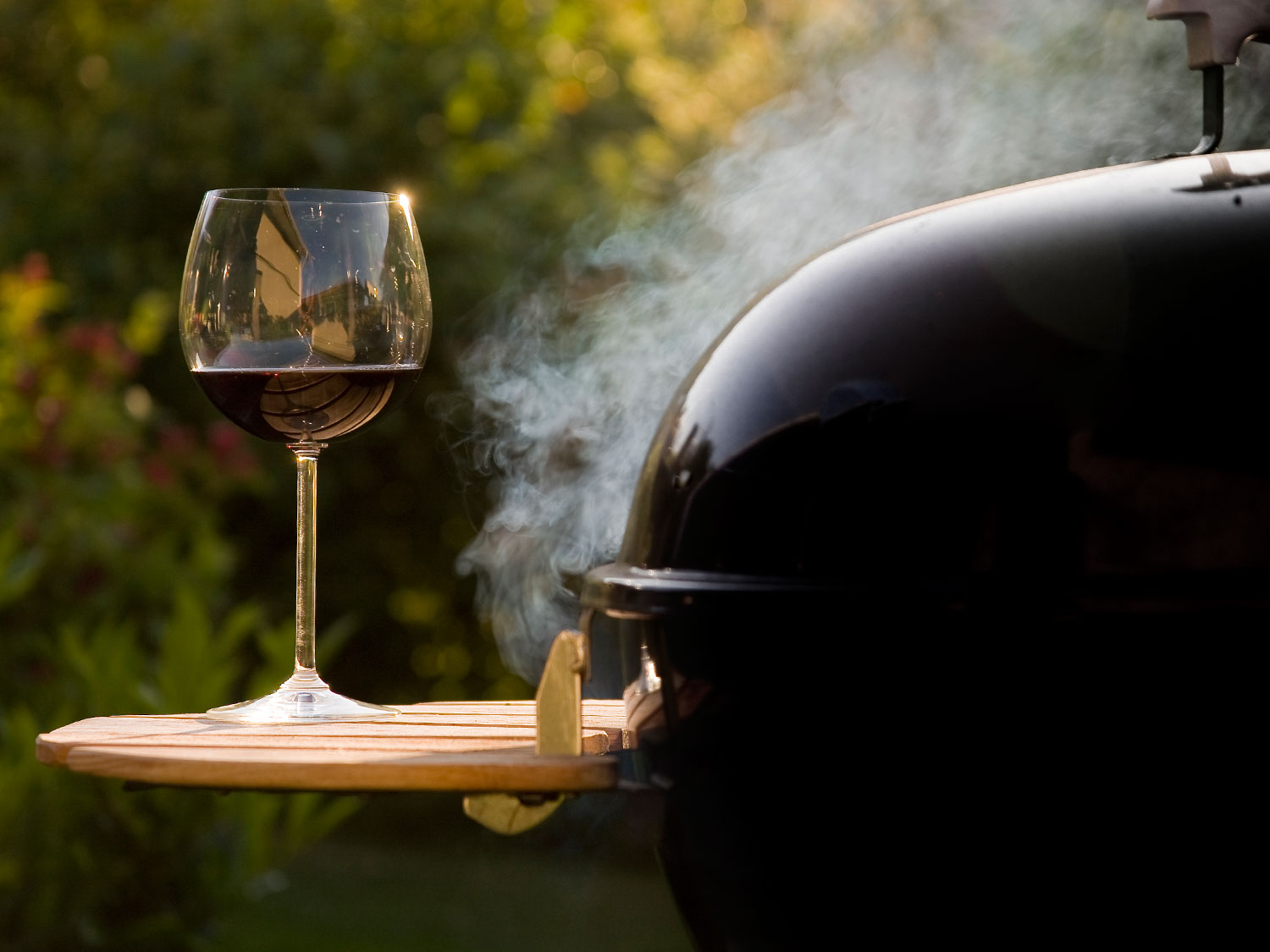 We thought it would be fun to do some research into what makes an ideal BBQ, and then ask MasterChef winner and ambassador for Bordeaux Wines, Dhruv Baker for his expert tips and his favourite BBQ recipe and wine pairing.

31% of us say that having the right drink is just as important as the food, and we wholeheartedly agree. Forgetting to bring something, not preparing for bad weather and burning the meat are common faux-pas and 22% said a variety of red, white, and rosé wine were important at a BBQ.

Summer is well underway so we hope you’re all making the most of BBQ season. To coincide with this, new research released by Bordeaux Wines has looked at the nation’s BBQ habits.

The research revealed what we consider to be the most important thing at a BBQ, with 31% of us saying that the right drink is just as important as the food and 22% of us said a variety of red, white, and rosé wine were important at a BBQ. 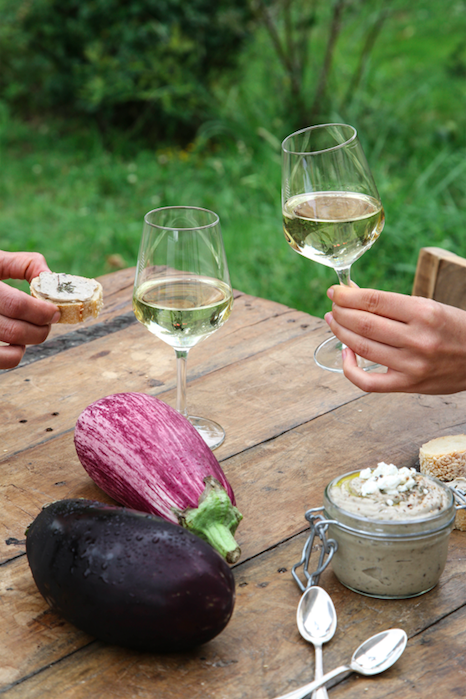 Forgetting to bring something to a BBQ is the nation’s number one BBQ faux pas’ (27%), followed by not preparing for bad weather, burning the meat, not supplying a vegetarian option, and running out of ice, according to the research commissioned by our team here at Bordeaux Wines.

Former MasterChef winner and ambassador for Bordeaux Wines, Dhruv Baker has offered his expert tips and advice on how to host the perfect BBQ, as well as sharing his favourite BBQ recipe and wine pairing:

“Like most of the British public, I love BBQ season. It’s the perfect excuse to be adventurous with your cooking and wine matching; people tend to be more relaxed and open to trying new things. Most think of heavier reds when they hear Bordeaux wine but there’s a great variety of dry white and rosé wine from Bordeaux that pairs brilliantly with BBQ recipes too.” 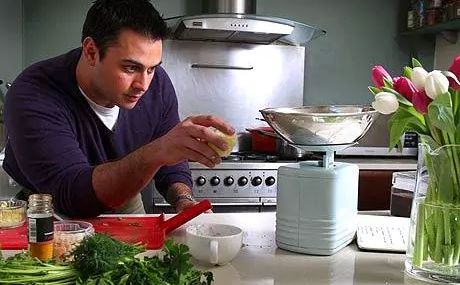 Our survey showed that Brits are having some success when it comes to hosting BBQs, with just one in 10 of us having to give cooking tips to the host and only one in 30 of us forgetting to chill white and rosé wines properly. (Click here for our tips on serving wines at the perfect temperature). 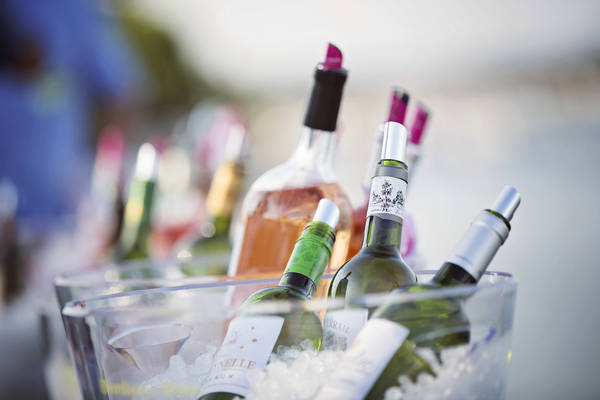 Almost one in five of us (19%) like to make sure everyone is having fun when hosting a BBQ, and 10% say that the ability to pick the best wines to suit the food is something that they have mastered along the way. 15% say that their favourite thing about a BBQ is being the host and almost a quarter of us (23%) said that striking the right balance between providing enough food and drink is their best BBQ hosting skill.

Try Dhruv Baker’s recipe for Chicken with tarragon butter, asparagus, Jersey Royals and charred baby gem. It pairs perfectly with a delicious blend of Bordeaux Sauvignon Blanc and Sauvignon Gris from Waitrose:  Château Les Clauzots, 2015, Graves – a steal at only £13.74.

Olive oil to brush the asparagus

– Make the tarragon butter by mixing the butter with the garlic, tarragon, zest and juice of the lemon, parsley, salt and pepper.  This can be done a couple of days in advance and kept covered with cling film in the fridge.

– Place a quarter of the flavoured butter under the skin of each breast and gently massage it so that it”s spread evenly.  This can be done the day before and the breasts can go back into the fridge till you need to cook them.

– Blanch the asparagus for 1 minute.

– Cook the potatoes in boiling water for 15-20 minutes. Drain and dry and place in a foil parcel with the 10g of butter and some salt and pepper.

– When you are ready to BBQ, place the charcoal in one half of the BBQ (or if using gas only light half the burners).

– Place the chicken, skin side up in a foil tray (available from the BBQ section of most supermarkets or garden centres) – this isn”t essential but it means you can keep all the delicious flavoured melted butter – and place the tray on the half of the BBQ that doesn”t have the coals under it and cook for 15-20 minutes with the lid on the BBQ).

– At the same time, place the foil parcel of potatoes on the BBQ.

– Dip the lettuce and the asparagus in the melted butter in the foil tray the chicken was cooked in.

– Squeeze the remaining half of the lemon over the chicken breasts and serve with the potatoes, asparagus and lettuce and the sauce. Enjoy with a chilled bottle or 2 or dry white Bordeaux.

– If you don”t want to make the sauce, just drizzle the remaining melted butter from the foil tray over the chicken but trust me the sauce is well worth the effort.


What to buy the Dad who has everything this Father's Day
>