The secrets of pruning revealed

If you’re a keen gardener, you’ll know just how important pruning is to promoting healthy plant growth. But for winemakers, there’s more to pruning than meets the eye. Expert growers have learnt some important lessons in order to grow vines that will produce beautiful grapes, time after time. Here we reveal some of the green-fingered secrets of the winemaking industry. 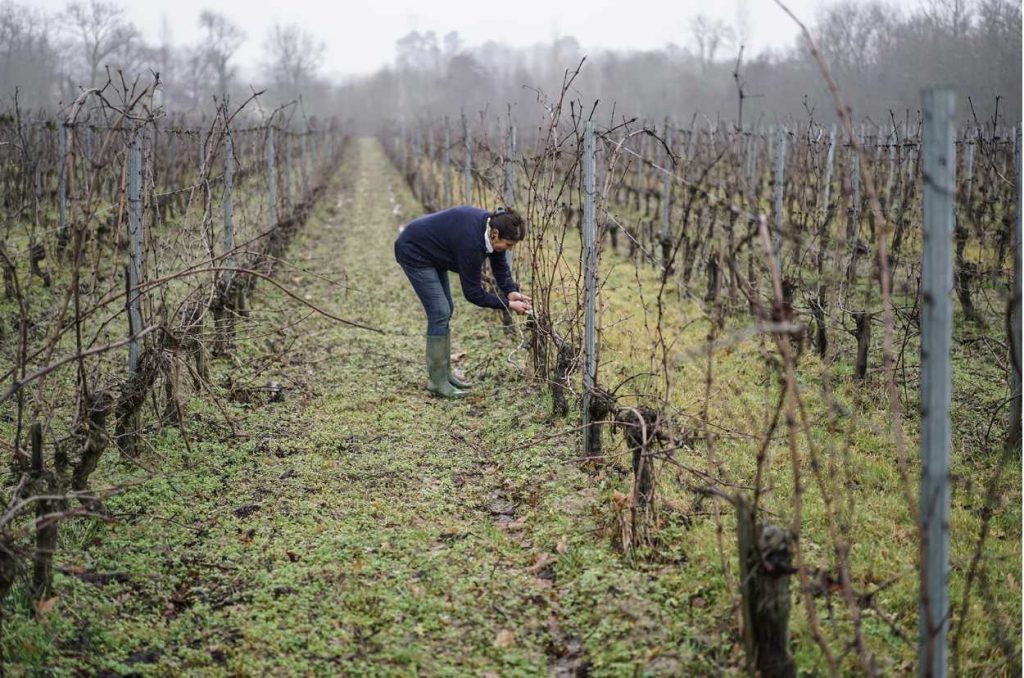 The first thing to know is that vines should be pruned at least once a year, and the best time to do that is at the tailend of winter.

During winter, grapevines enter a vegetative rest; this dormant period is the best time to prune them, although it’s important to wait until it’s warm enough to reduce the likelihood of a damaging frost. In most grape-growing climates, that point – when it’s been about two weeks since the temperature last dipped below freezing – will usually fall in February or March. 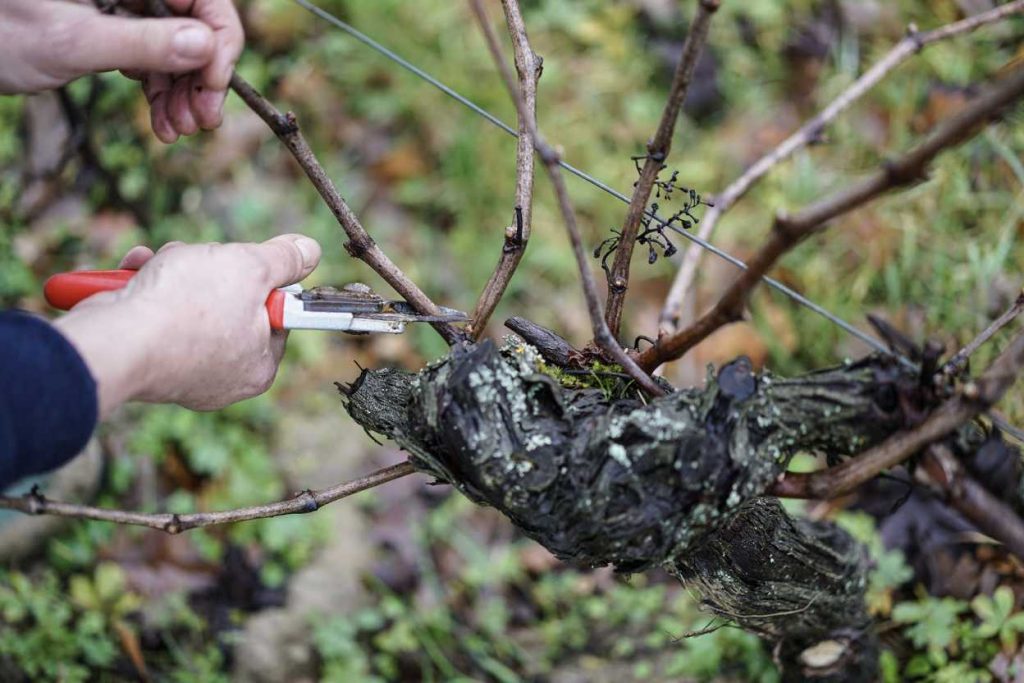 The most common mistake with grapevine pruning is to simply not prune enough. There is a serious need to reduce old growth on your vines as much as possible in order to encourage new wood to grow. A winegrower can remove a shocking amount of the previous year’s growth each winter – usually at least two-thirds, and sometimes as much as 90%.

But why be so aggressive? Grapes grow best on wood that’s exactly one year old. Buds grow into shoots on one-year-old canes – long stems that have produced fruit for at least a year and can eventually produce grapes. The most productive canes are, unsurprisingly, those that were exposed to ample sunlight during the growing season (yet another reason to trim back overabundant growth: it can block valuable sunlight).

Any cuts that aren’t made flush to a trunk or branch should be made at least one inch above the level of a bud and at a roughly 45-degree angle. This is important since it won’t allow rainwater to settle into the small indentation that often develops where a branch has been cut. 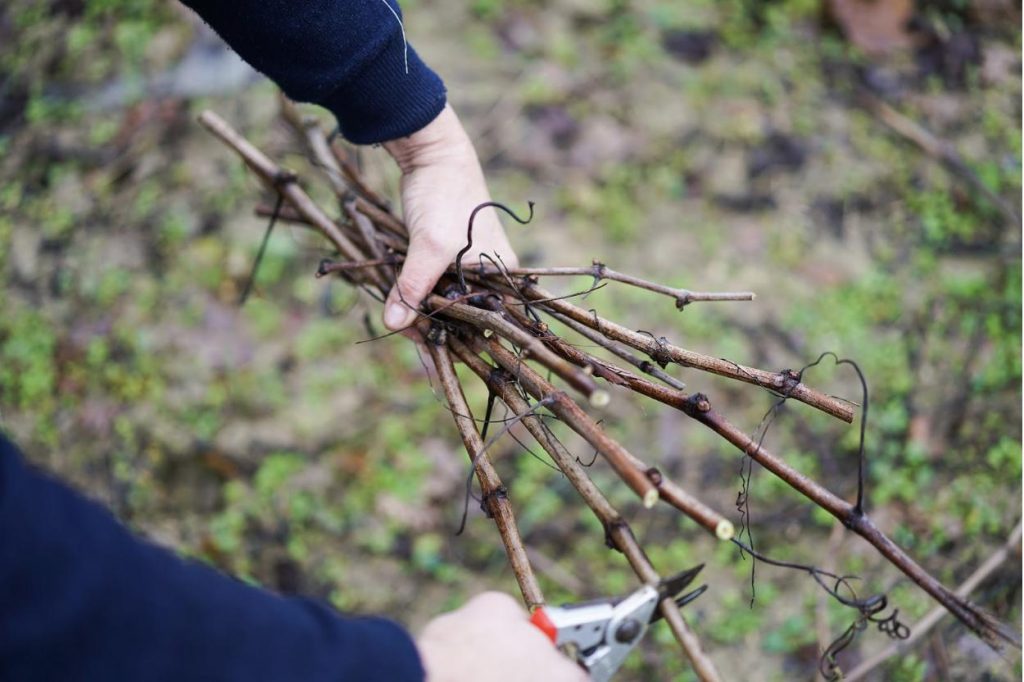 When a bud sprouts in spring and grows into a new shoot, that shoot will change colour from green to brown by the end of the growing season, at which point it is considered to be a year old.

Then, the next spring, some of the buds on those year-old shoots will flower (when the temperature is around 15 to 21 degrees Celsius) and develop into grapes, while the buds on older wood will not.

You could say that the key reason for pruning grapevines is to maximise the quantity of year-old branches on each vine but (here’s the trick) without growing too many grapes. Otherwise, there simply won’t be sufficient nutrients in a single vine to allow all your grapes to ripen to the ideal level. It’s a balancing act.

Without judicious human intervention, a grapevine will quickly become a dense tangle of mostly older wood with relatively few branches that can produce grapes. What’s more, the denser and more unruly your vines become, the worse the air circulation will be, increasing the chances of a fungus attacking good grapes.

Ask any winemaker and they’ll attest to the importance of pruning (and they’ll also confirm that it’s tough work). It’s absolutely vital to the health of your grapevines. But don’t forget: it must be done every year – no exceptions! 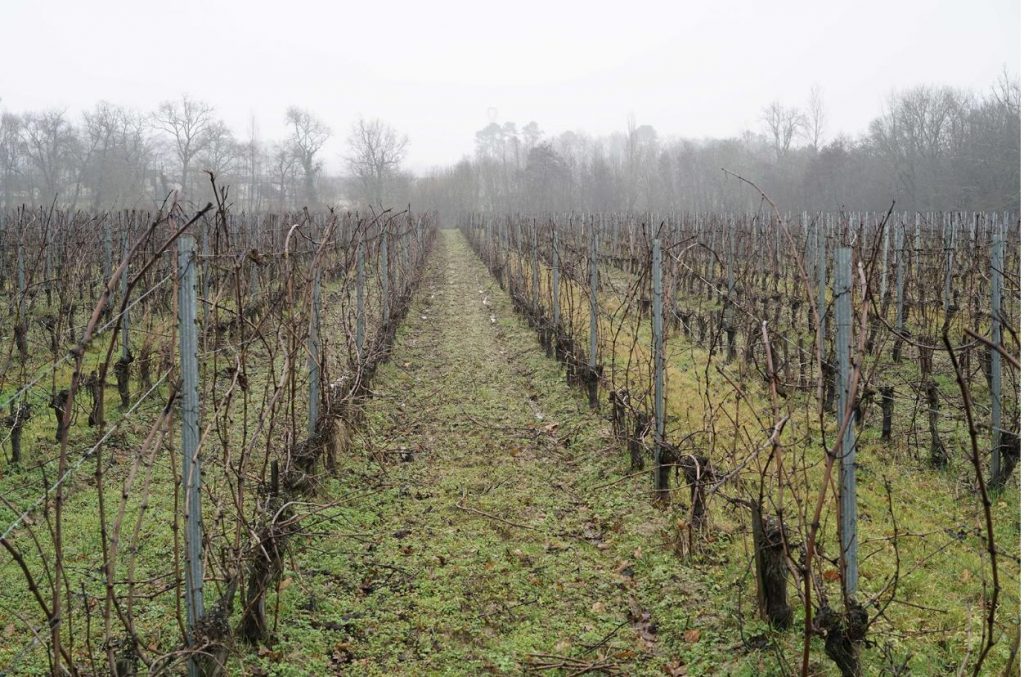 
Get ready for Pancake Day with Bordeaux wines
>