“The Sweet Science Behind Grapevines”

Since wine grapes grow on the vine, of course, the successful cultivation of grapevines can be said to be the basis of the entire wine industry.

When many of us think about growing plants we think of planting seeds in a nursery or a garden, but for grapevines the process is decidedly different. Grapevines are rarely (read never) grown from seed since the desired grapevine genetics do not always carry over from the seed to the plant. Instead, grapevines are grown from cuttings.

Many elements acting in concert are necessary to produce the best grapevines. Two critical elements are the rootstock and the varietal cutting, which will define the grape type (Merlot, Cabernet Sauvignon etc.). You may be surprised to learn that, for the most part, grapevines are not grown on their own roots. Instead, the varietal cutting is grafted onto a rootstock. 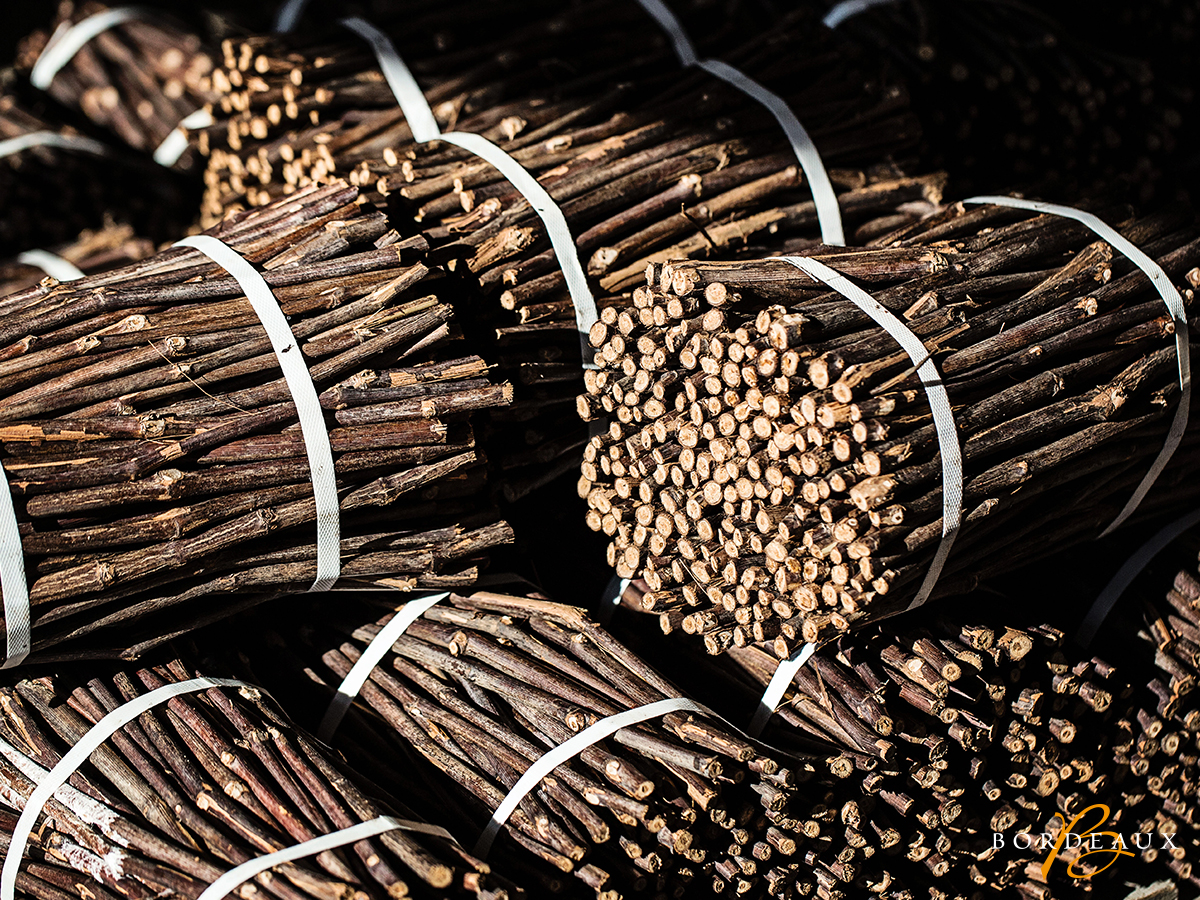 In Bordeaux—and indeed across most of Europe and the winegrowing world—the rootstock is always taken from a healthy American grapevine with an established root system onto which the European varietal / cutting is grafted. 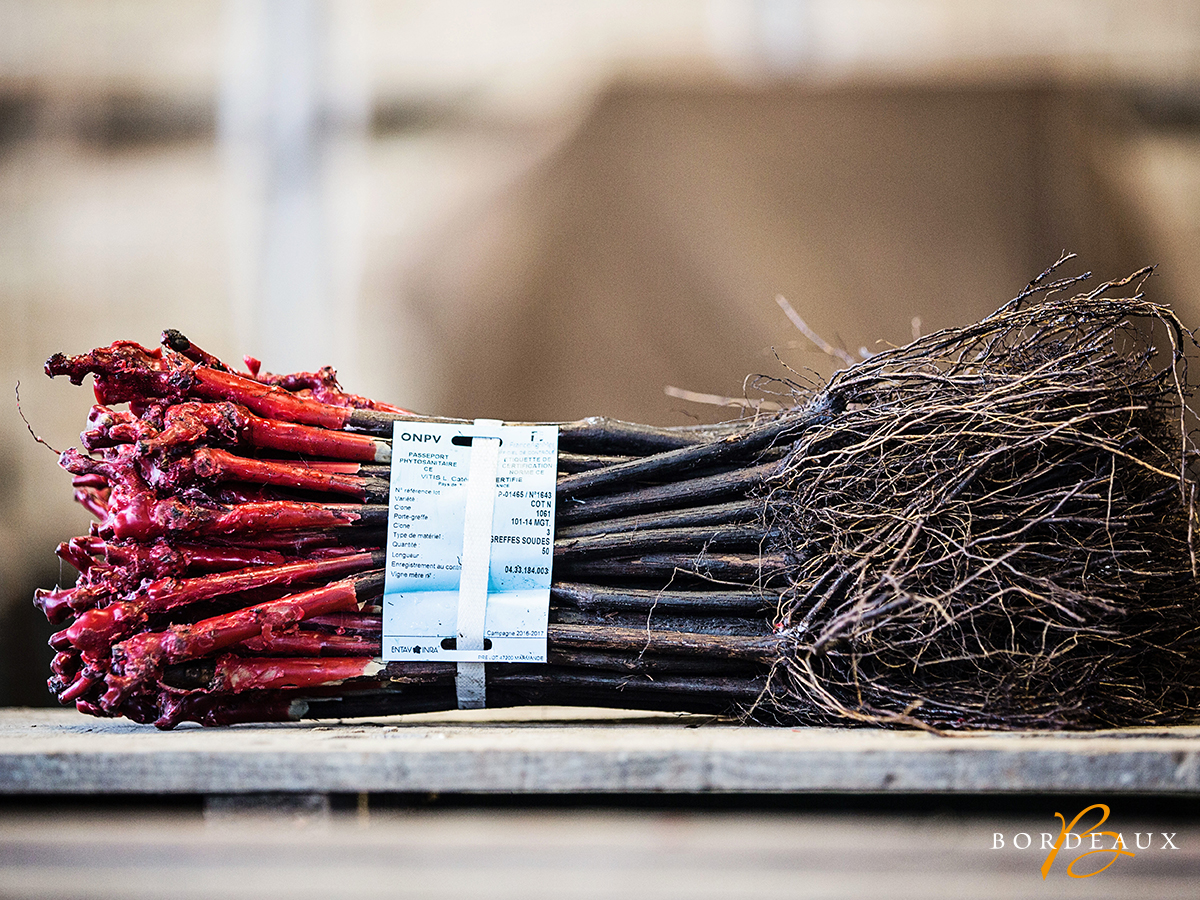 Ever since the Great French Wine Blight, when the phylloxera aphid (a type of pest that feeds on grapevines) decimated the vineyards of France (and in fact most of Europe) in the 1800s, European governments have prohibited the planting of European vines that have not been grafted onto a phylloxera-resistant American rootstock.

At least four initial steps must be taken before a vine can be planted in the field: 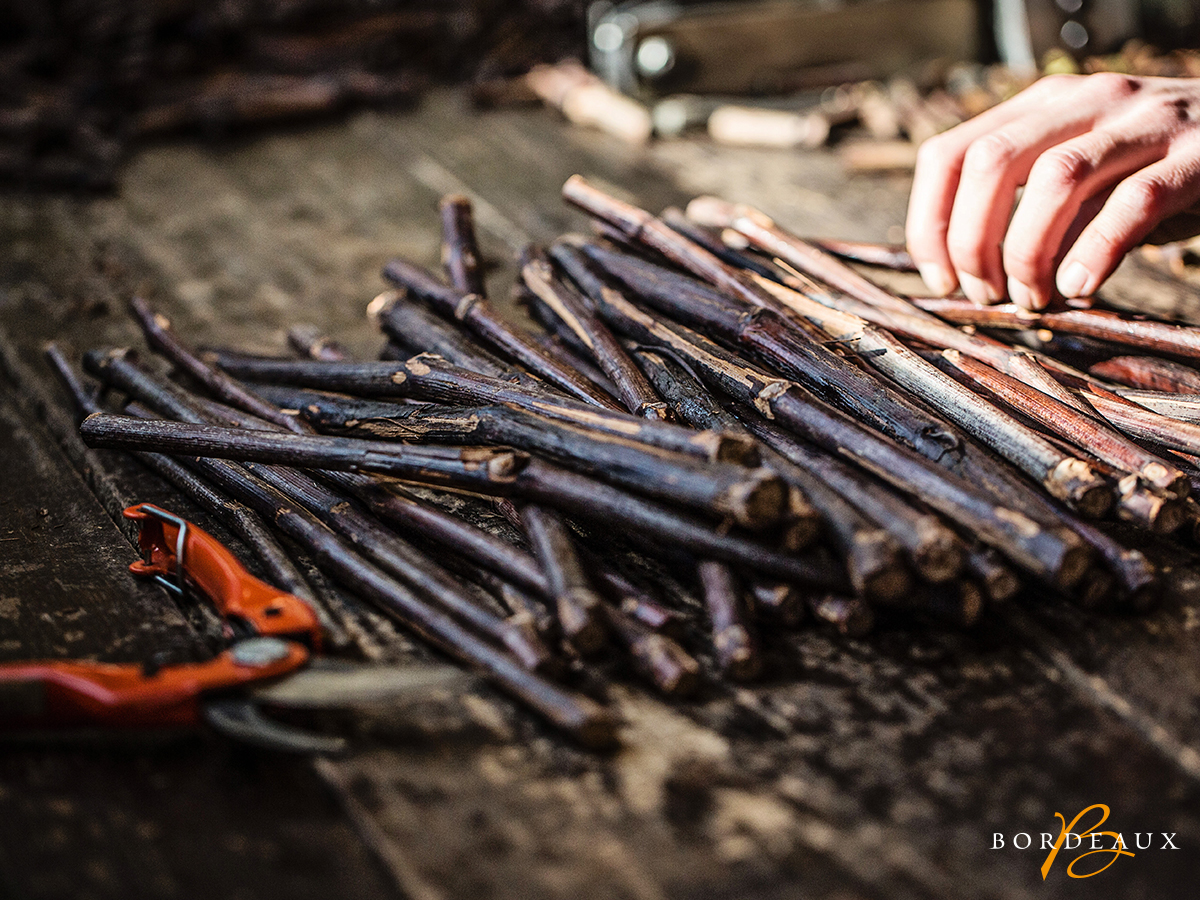 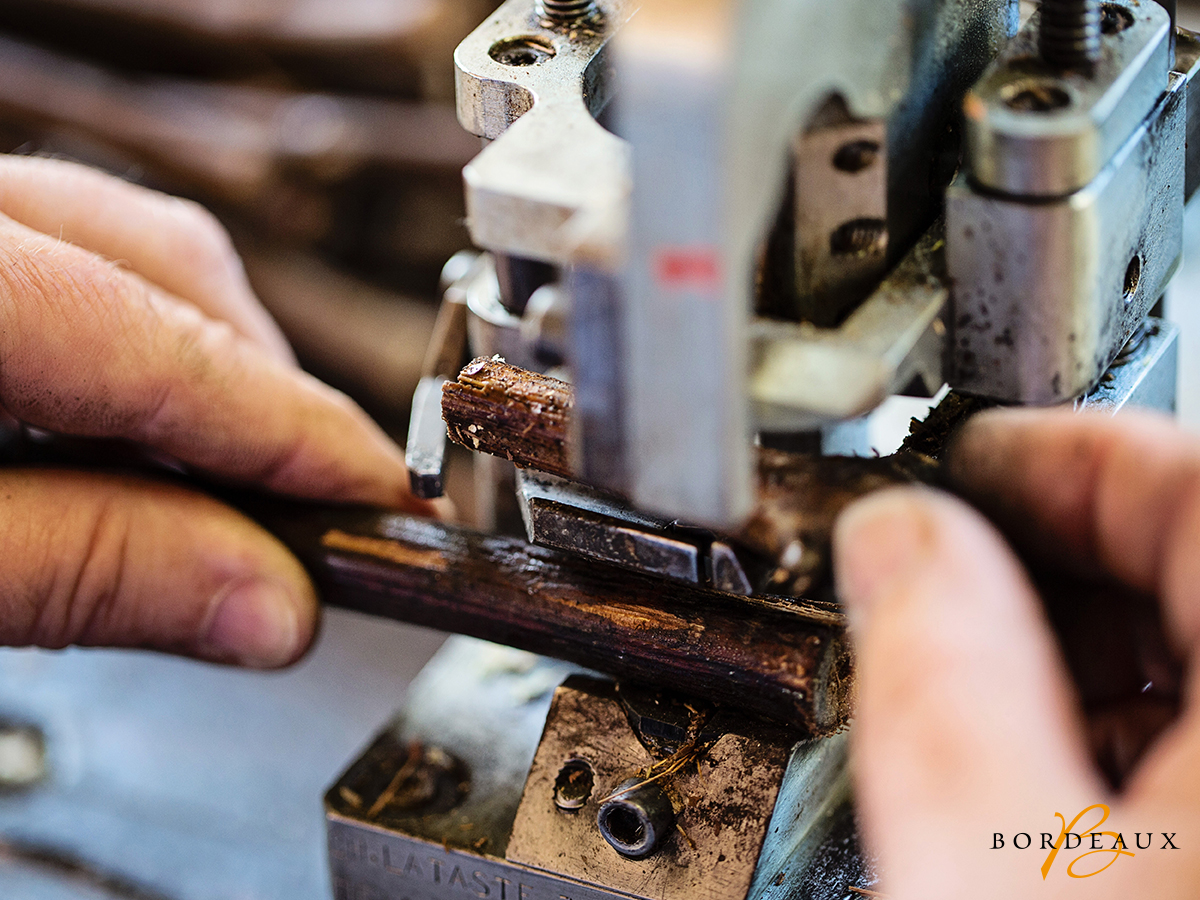 Step 2: Grafting. Next, the cuttings or ‘scions’ have to be grafted onto the rootstock. The main technique used in Bordeaux is called the Omega graft, in which two pieces of wood are connected in a similar manner to a jigsaw puzzle. 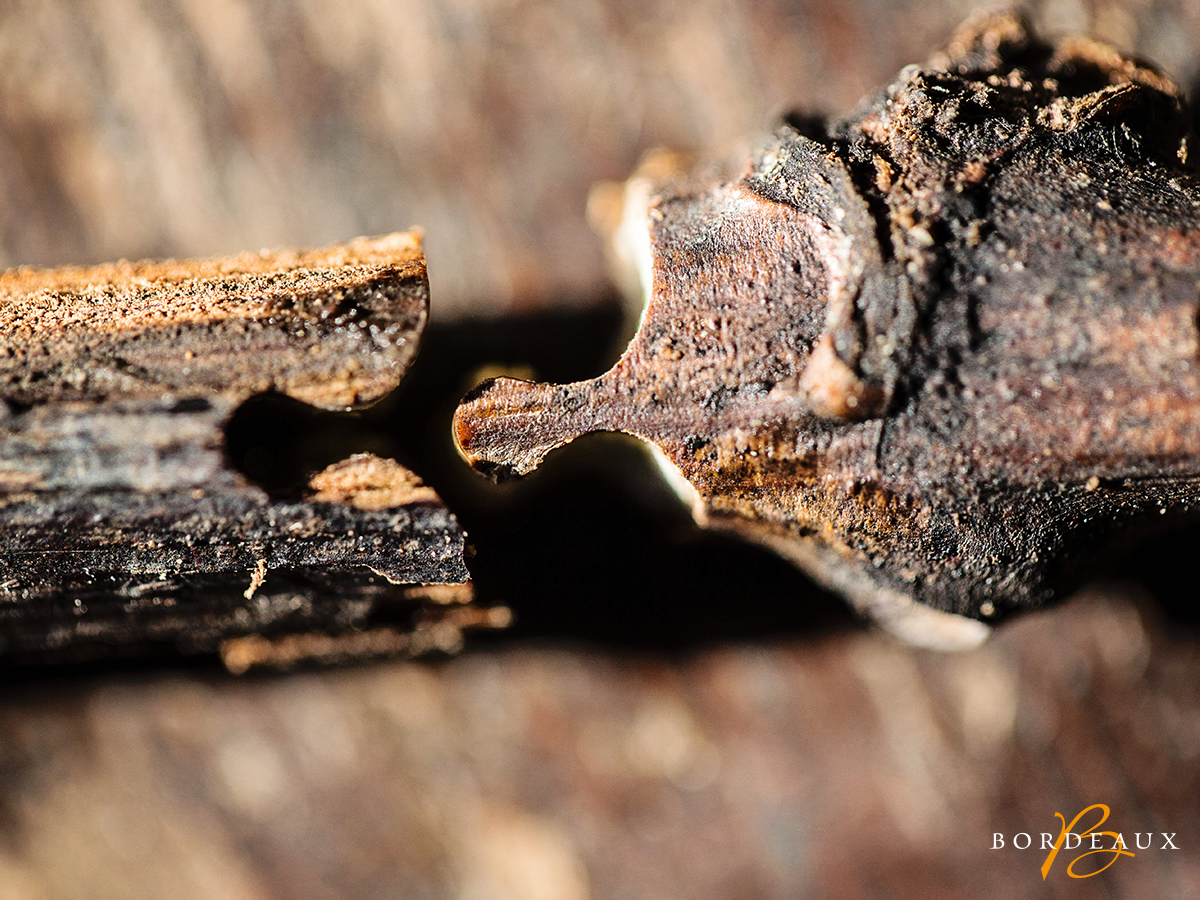 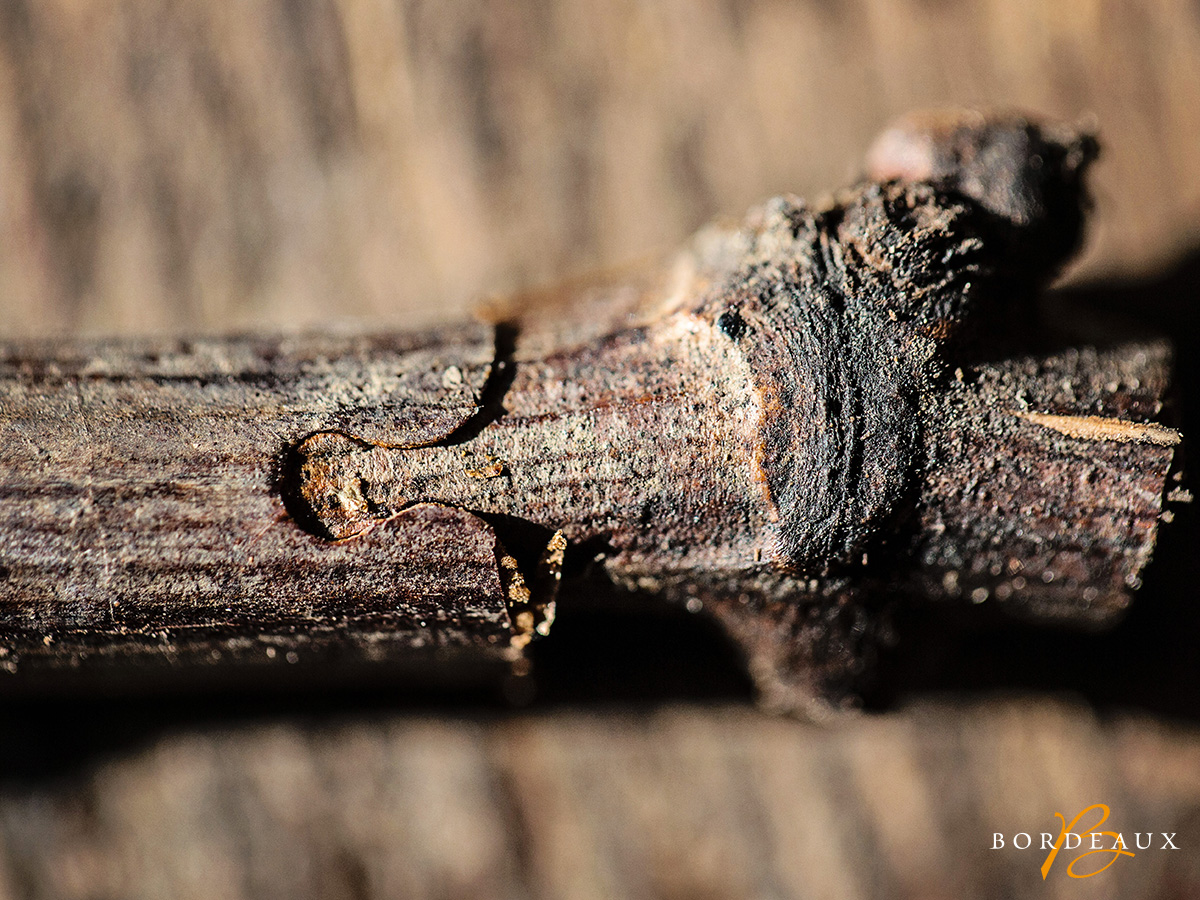 Step 3: Waxing. Paraffin wax is placed around both pieces of wood to protect the graft. 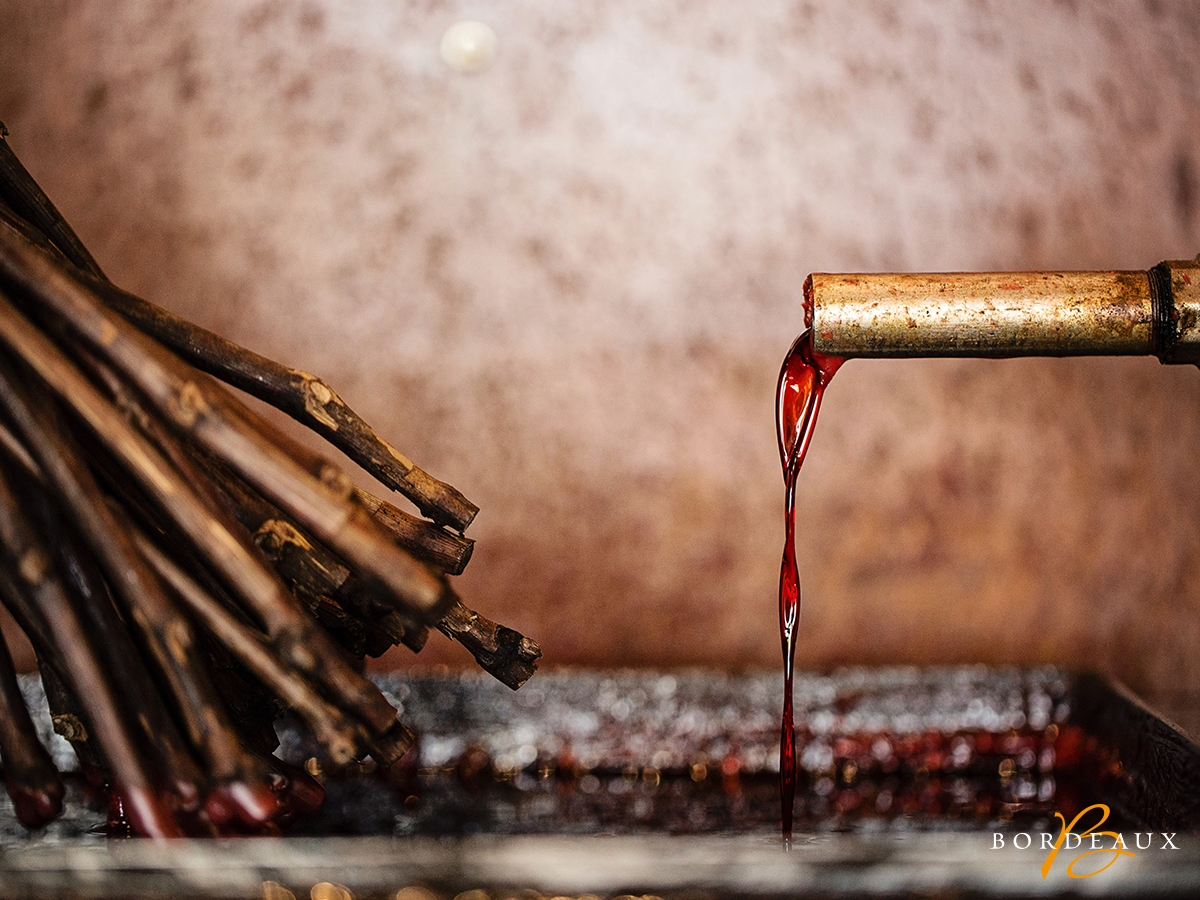 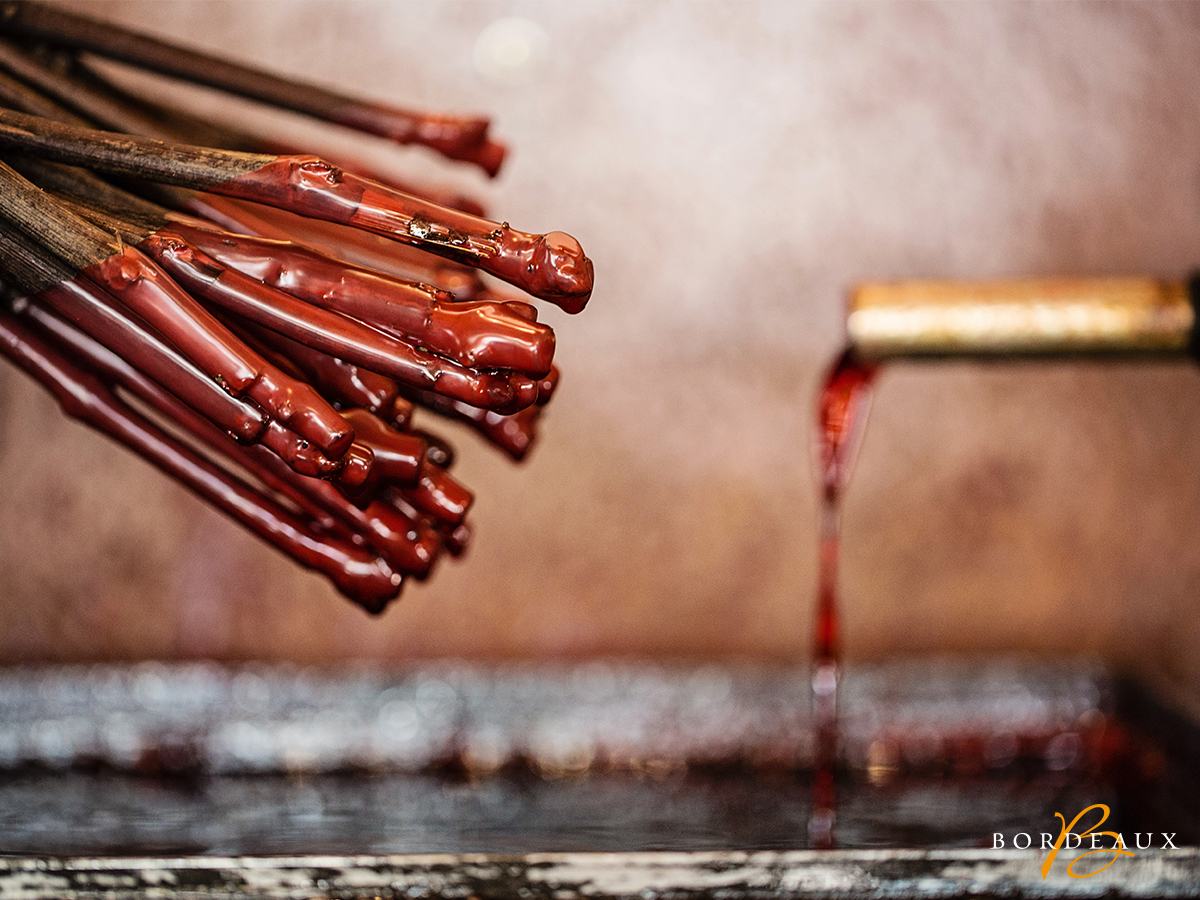 Step 4: Stratification. The two pieces of wood are glued together so sap can rise inside the graft from one to the other – essentially, the two parts become one. 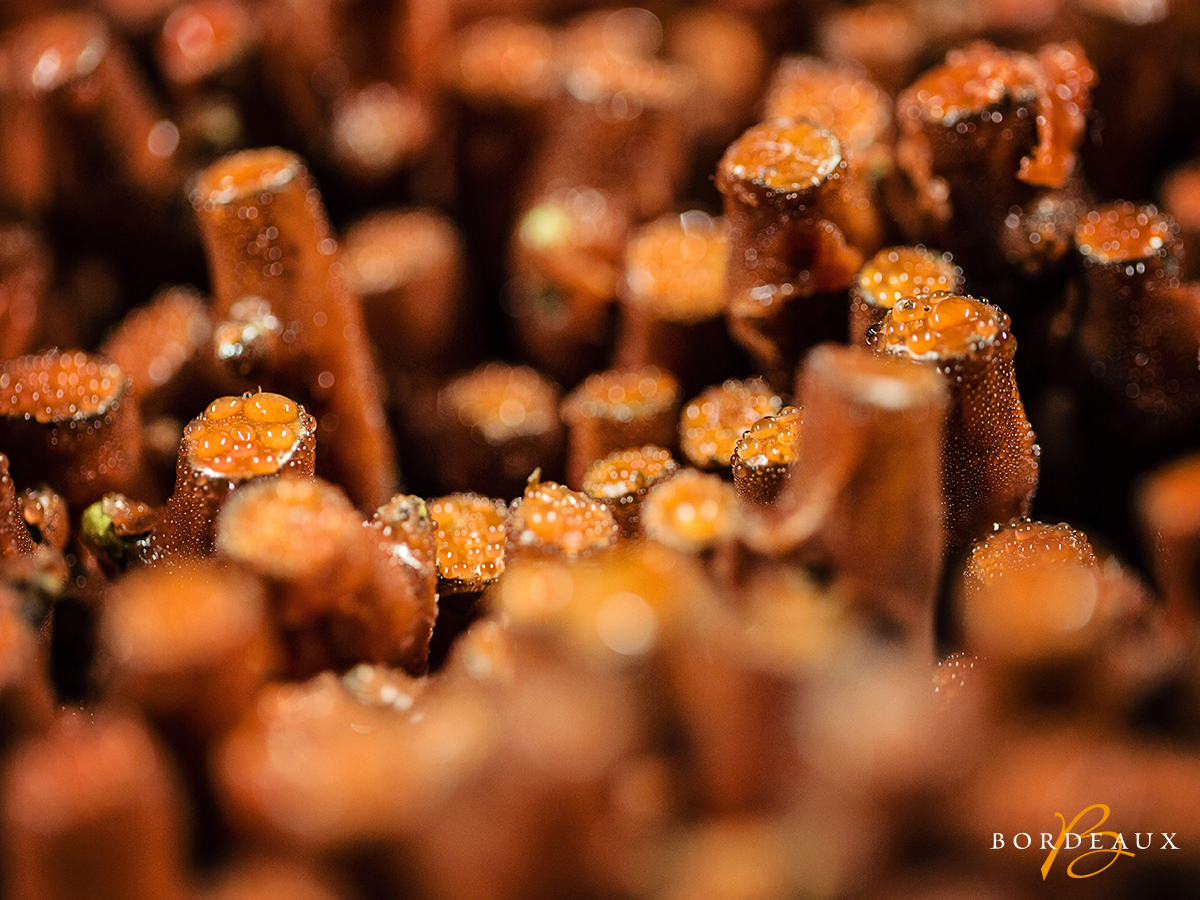 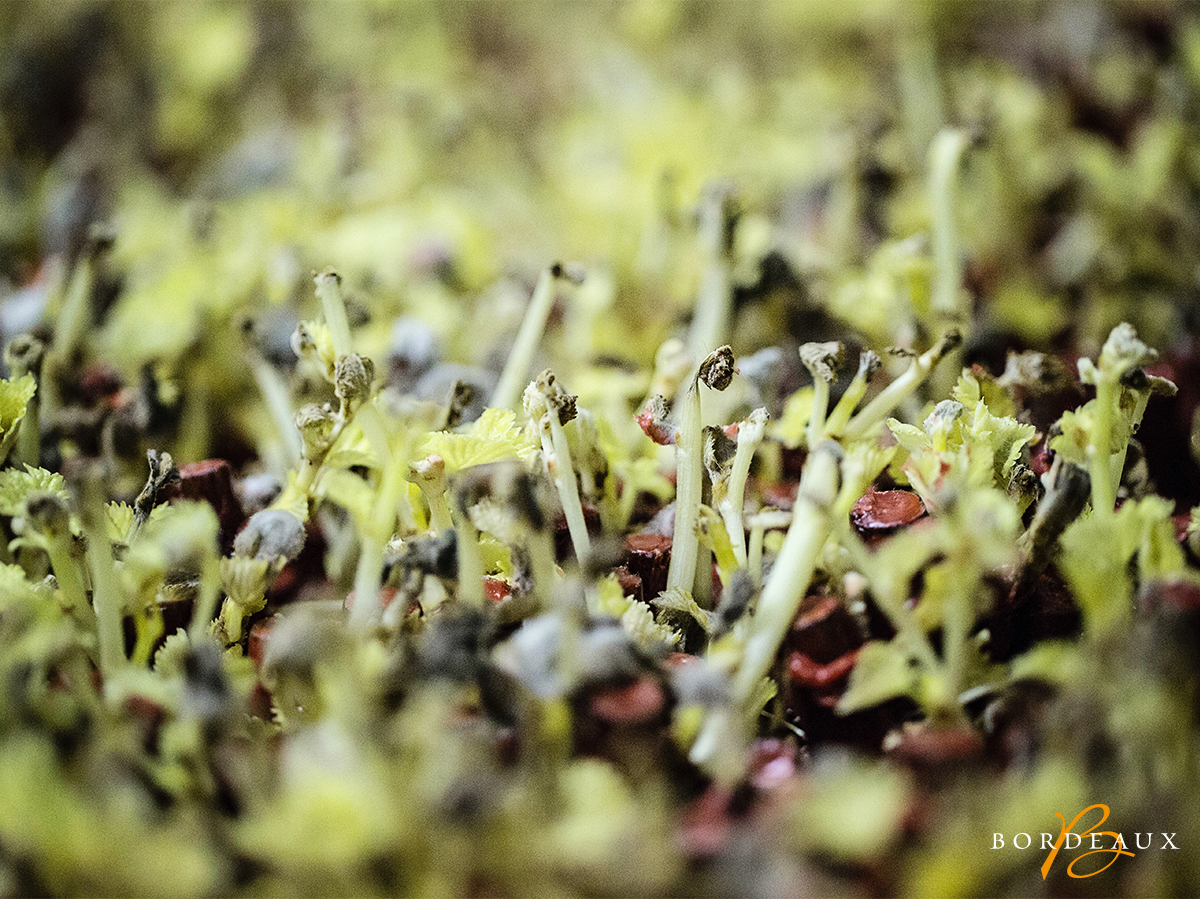 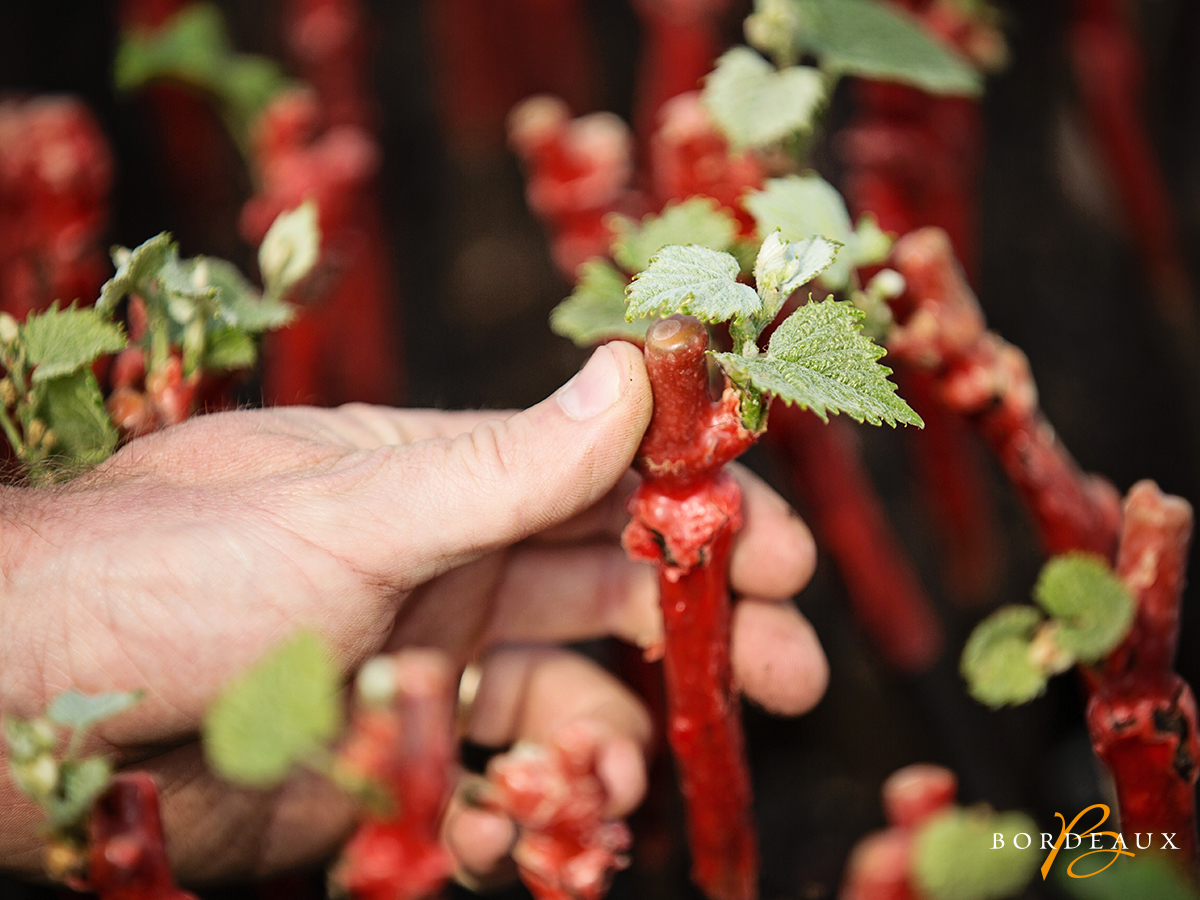 At this point, you have a new vine plant, but your work is still not over since you must now carefully transfer your plant to a pot or into a nursery. It takes almost one year of growth before a grapevine can be planted in a field. 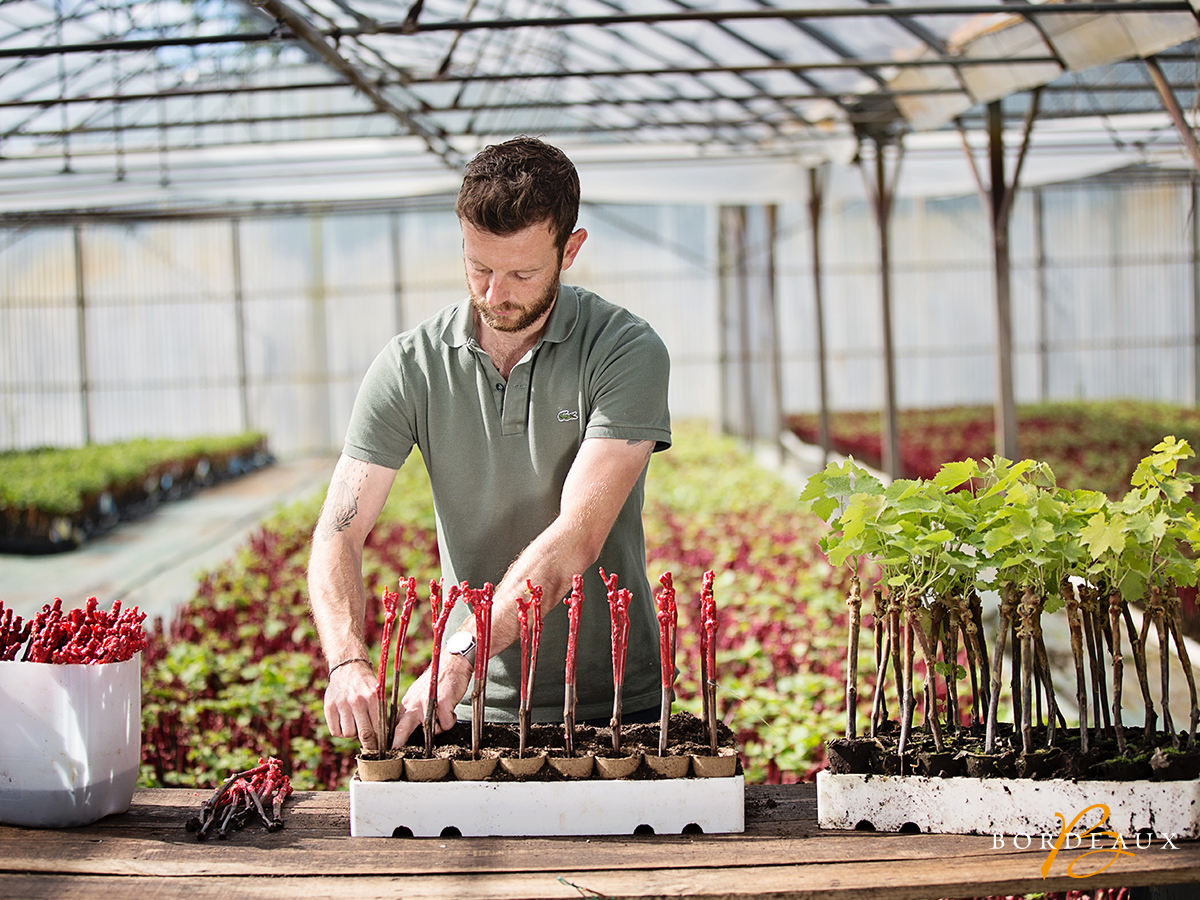 Finally, before a vine plant is sold or planted, every element must be checked by a specialized company to verify that the new plant has no viruses or bacteria which — if planted — could potentially destroy the entire vineyard. Planting grapevines is a major investment and one missed quality control step could cause damage that might last for years. 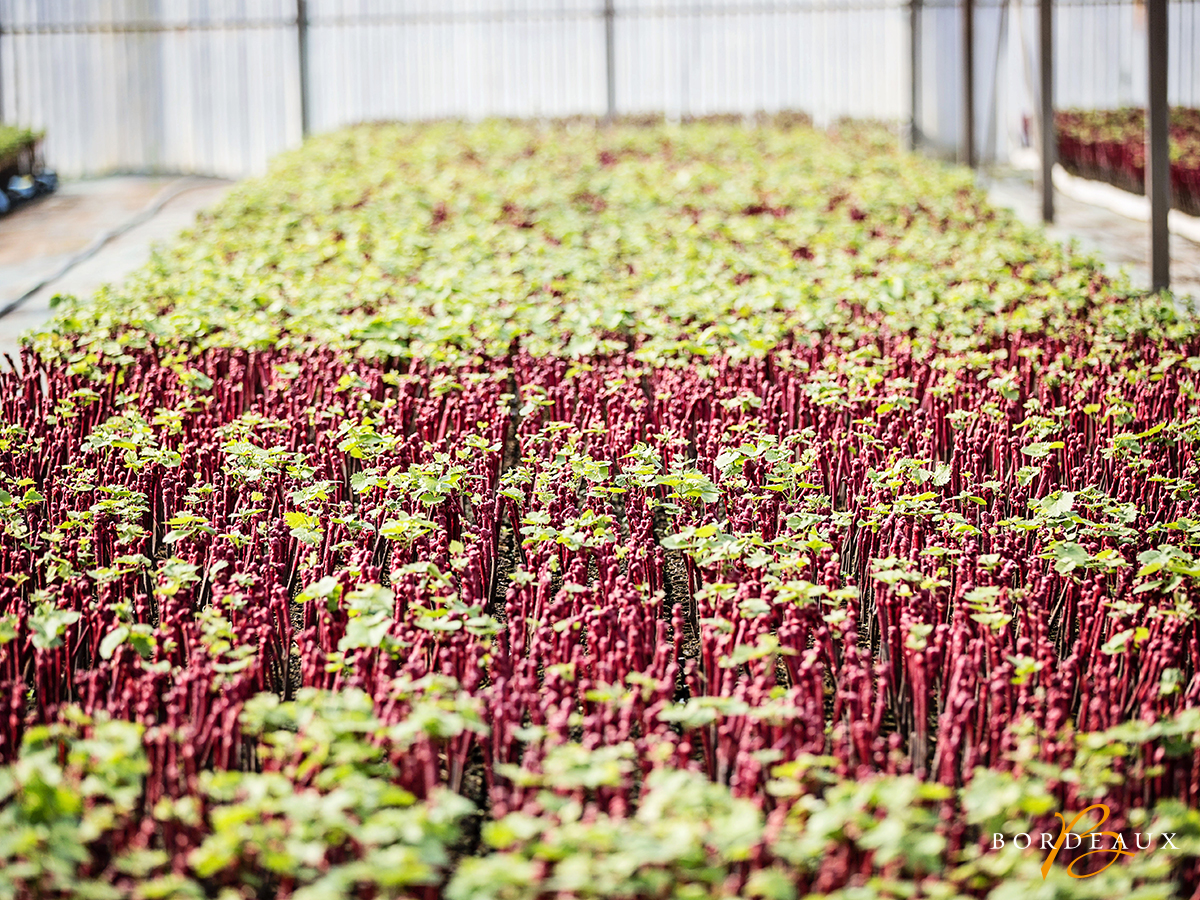 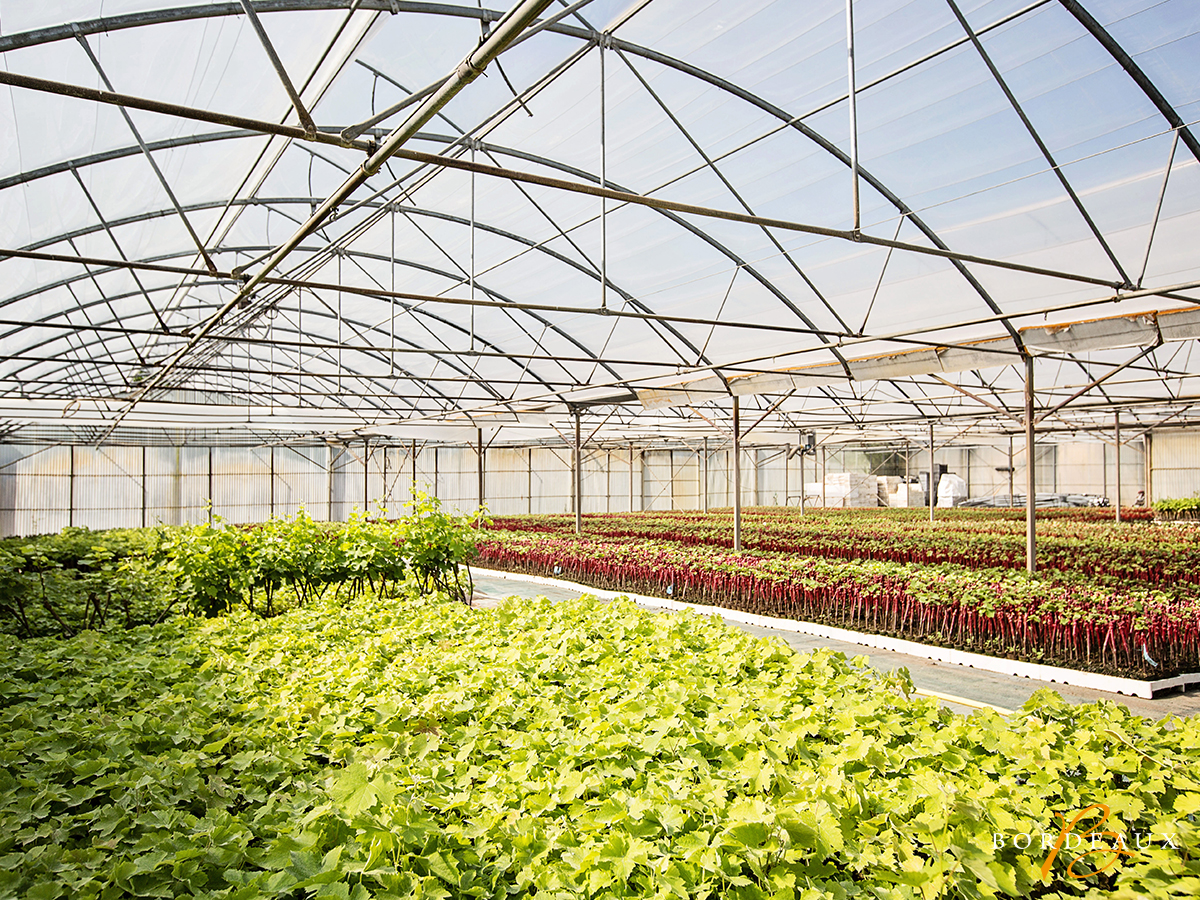 While vine grafting originated as a method of combatting phylloxera and other soil-based pests and diseases, today vines are grafted onto a variety of different American rootstocks to manage other vineyard conditions such as drought, vine vigor and even the pace at which grapes ripen. 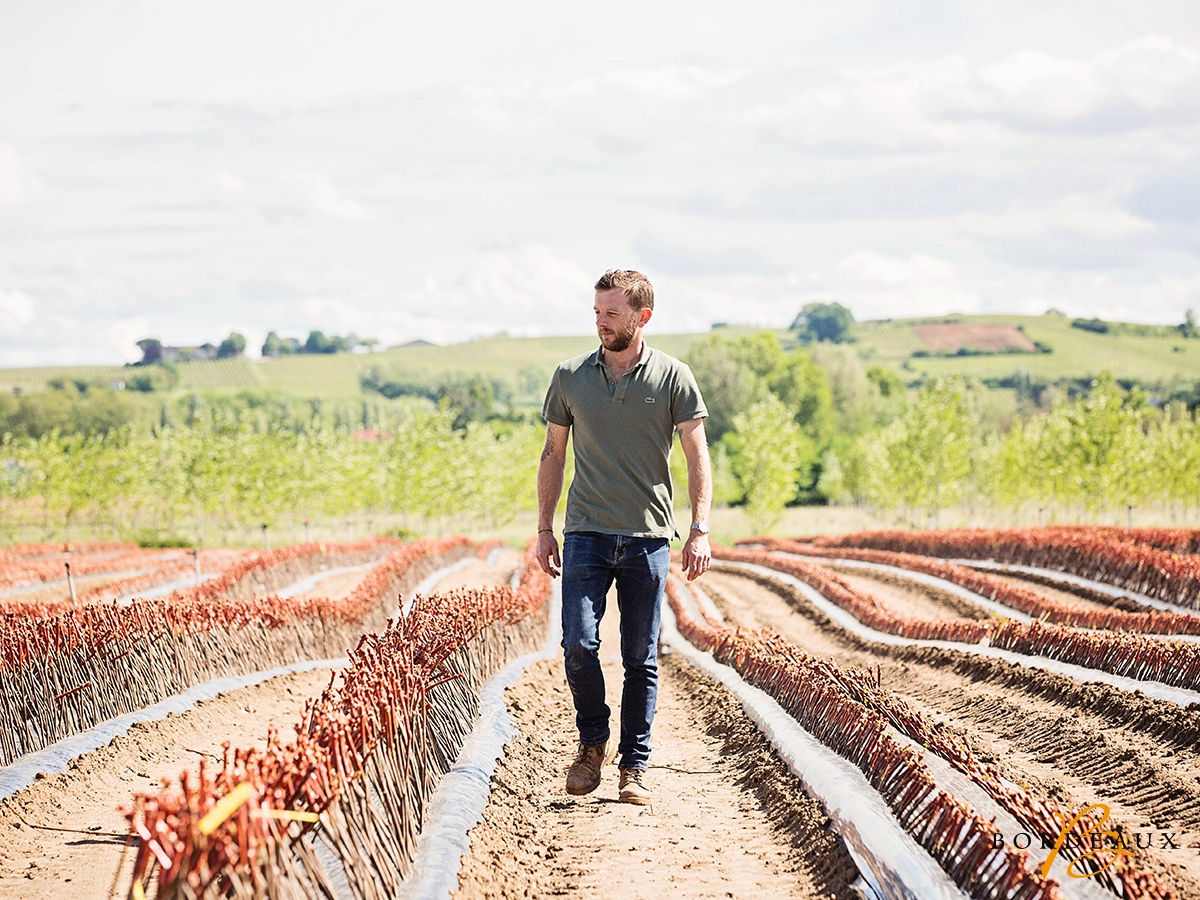 Flashback to the Harlem EatUp! Festival !
<

Graves – it’s all about the gravel