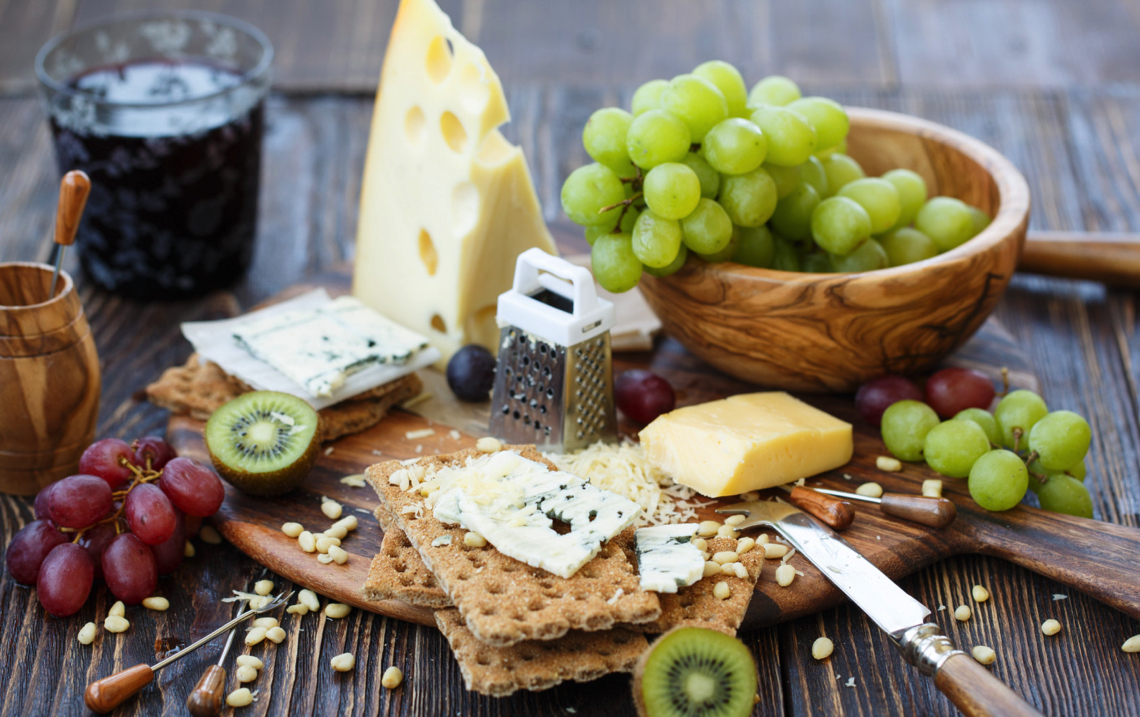 Comté cheeses are a French cheese made from unpasteurized cow”s milk, produced out of the Franch-Comté region of eastern France. With a dusty brown outer rind, the cheese itself is pale yellow in color, hard in consistency and strong and slightly sweet in taste. The Kitchn counts it as a worthy substitute for the more well known, Gruyêre. Comté is the most widely produced cheese out of France, so they must be doing something right! Try pairing this cheese with Château Chantegrive from Graves. Equal parts Sauvignon Blanc and Semillon, the round texture of this dry white will compliment the buttery goodness of a Comté.

This popular French blue cheese dates back to the Roman times and is considered one of France”s oldest cheese. You can find it in a distinct, narrow container. With interesting aromas of fruit and nut, Fourme d”Ambert is a milder blue cheese for those averse to stink. We suggest experimenting with a Sauternes or try an inexpensive red like Château Bellevue 2011 from Bordeaux Superieur.

Camembert is from the Château Les Paris 2011 is an affordable wine pairing for this cheese thanks to its light and fruity blend of Merlot, Cabernet Sauvignon & Franc.

How are you celebrating National Cheese Lovers Day? Show us on social media using #BordeauxWines!

How to Talk to Your Local Wine Shop