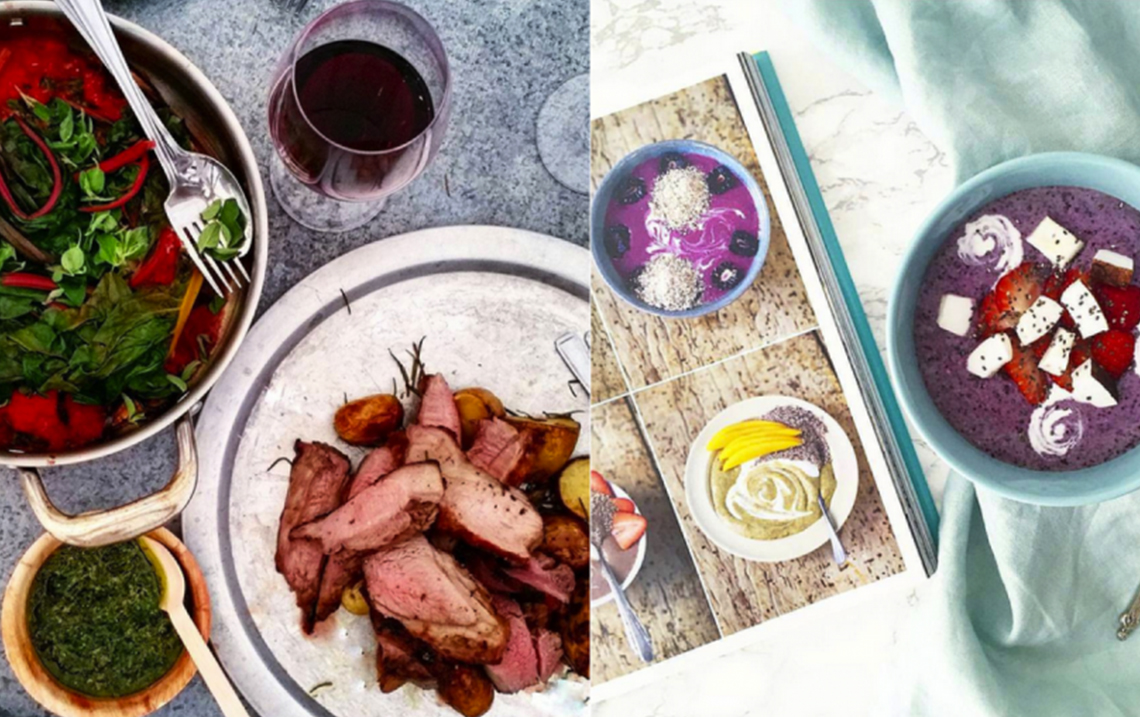 Words on Wine with Clerkenwell Boy

When we spoke to Clerkenwell Boy last week, he had just done an Instagram takeover with the Observer and been featured in the Guardian, who described him as ‘London’s foodie superhero’. At the time of writing this interview, he’d just been announced as one of London’s most influential people in food and drink in the London Evening Standard’s Progress 1000 list. There seems to be no end to this social media maven’s accolades; he only started his Instagram account a couple of years ago, as a place to keep all the food photos he was taking: “I was always taking photos of food, but never really posting them anywhere so I started doing it as more of a visual diary.” His account, followed by +115,000, champions London’s food and drink scene. It’s upbeat, honest and he posts prolifically, sometimes as many as 4/5 times a day, which has earned him the title of ‘go-to’ Instagrammer for all things food and drink in the capital, as well as an account that is revered by many of the UK’s top chefs, including Jamie Oliver and Nigella Lawson. It’s a true labour of love, and the fact that he remains anonymous strengthens his brand – there’s no ego and none of that ‘look at me’ attitude. It’s all about the food and drink, which makes his recommendations all the more trustworthy. 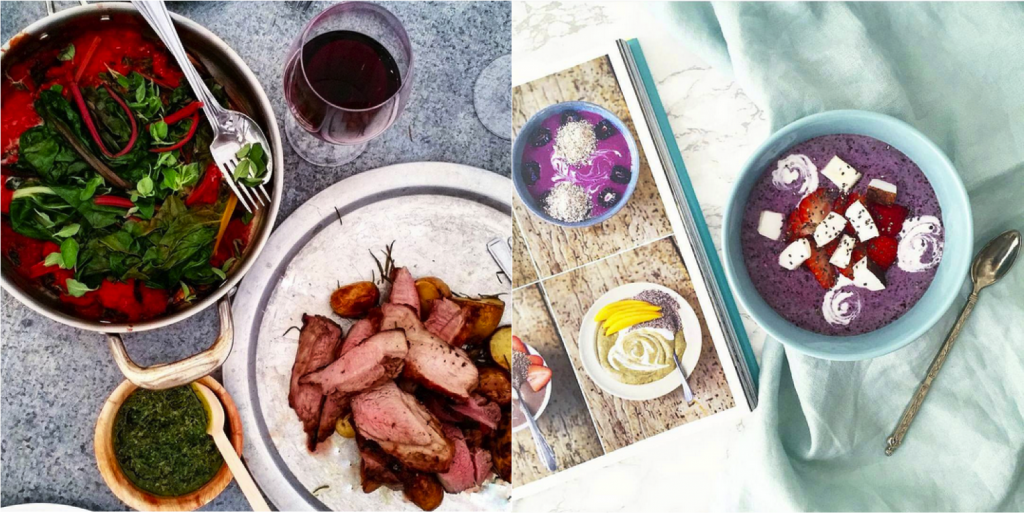 Clerkenwell Boy has always been passionate about food and drink, and when he moved to London from Australia ten years ago, food was a way for him to meet and connect with people in his new city: “food and drink is always something that brings people together – including colleagues, new friends and even strangers. People always bond over food.” It was at a supper club three years ago that he first got asked for his social media handles: “we had a really good evening and at the time I didn’t know anything about social media. As we were leaving the dinner table, people were asking me what my Twitter and Instagram handle were, so that we could stay in touch! I began looking into it and decided to start on Twitter. I used it as more of a news feed for what’s hot right now in London and about half a year later I started posting my photos of food on Instagram.” He began connecting with like-minded people and following accounts that were also posting photos of food. His accounts grew organically from there. Connecting with people with similar interests and passions is one of the main things he enjoys most about being on social media, besides the food of course: “It’s interesting to see what people are up to – what’s new in the food and drink world, as well as seeing different cultures and trends around the world. It’s a great way to connect, not only with local food, but also internationally.”In terms of advice on how to build a strong Instagram account, he suggests finding your niche: “It’s exploded recently and there’s a lot of food photos are out there. I think it’s really important to do what you connect with personally and I see more and more people who have their niche, for example Symmetry Breakfast, they are very successful in terms of Instagram, because they post one photo each day of a symmetrical breakfast. It’s a simple idea, but there are so many combinations out there that they can come up with, it becomes (and has become) something that is vey inspirational. Some people focus more on burgers, others on healthy food. It’s really important to follow your passion.”And so on to the food and drink! “I really like to eat local,” he says, “even though I love trying out new restaurants, going to pop-ups and supporting young start-ups, I do think it’s important to support local business. The Quality Chop is just 2 minutes from my house. It’s an old chophouse, but over the years it’s been under lots of different guises. In the last couple of years, it’s been restored back into a traditional chophouse, so there’s butcher and a deli on the corner, and next door there’s a restaurant. There are two sides to the restaurant – a traditional old dining room, and wine bar area. It has that very casual English feel and they serve seasonal produce and wines from all over Europe, including Bordeaux of course! They serve a lot of wines by the glass, you can try something special without ordering a whole bottle. Also co-owner, Will Lander happens to be the son of Jancis Robinson and shares her passion for wine!” 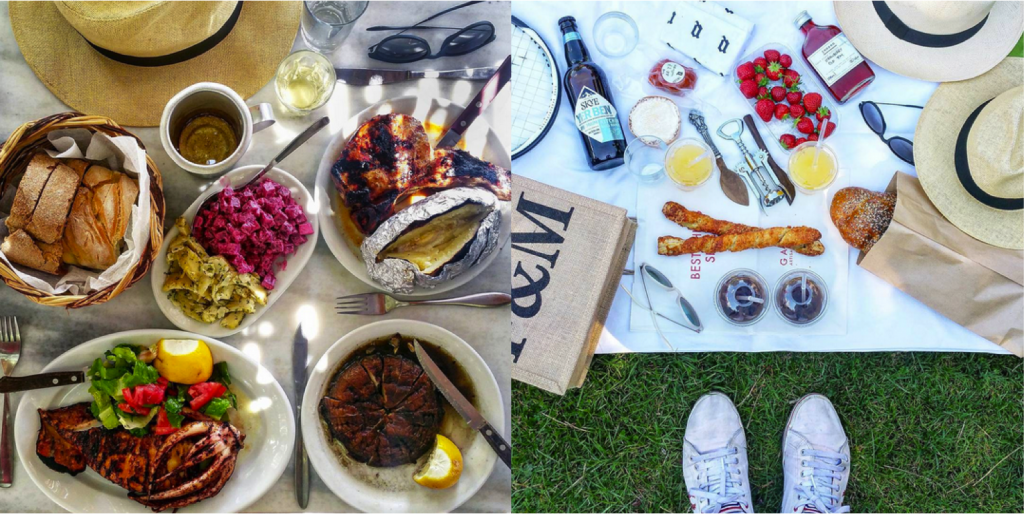 Obviously being a foodie, drinking and pairing wine is just as important to Clerkenwell Boy and it was a passion that was introduced to him at a young age: “Growing up in Australia, one of my earliest wine memories was going to the Hunter Valley with my family. We drove around to the different vineyards, tasting wine and cheese. Yet on a day to day basis he prefers simple wine pairings: “I love pasta,” he says, “especially fresh pasta, which I sometimes make at home, so I love nothing more than. glass of red (or two) to go with it!” And in terms of Bordeaux, he does enjoy a classic Bordeaux, as he explains: “I love Bordeaux red, such as round & structured Saint-Émilion, Pomerol or a powerful & intense Pauillac, and I would pair any of those with crispy or slow cooked confit duck breast. The juxtaposition of something that is savoury and crispy topped with something fruity like a dark cherry jus and then paired with a Bordeaux red wine. I really like those classical flavours. I love the variety of Bordeaux – it’s not a necessity for me to try the biggest and most famous châteaux, I’m more interested in the heritage and diversity of Bordeaux wines. I would love to do a Left Bank vs. Right Bank excursion, as there are very different soil types and grape varieties – to get a full appreciation of the region and see both sides of the river.” Watch this space!His top food & drink Instagrammers to follow:”For breakfast, I’d definitely recommend @symmetrybreakfast, as it’s a culinary trip around the world and also London food photographer @candidsbyjo.”