Words on Wine with Lucy Shaw

Despite having no experience in the wine or drinks industry, she thought she’d give it a go and apply. Luckily the editor at the time, Guy Woodward took a punt and hired her.

“I was very honest and said I didn’t really know much about wine, but I’d love to learn. I started there in 2007 and moved to Drinks Business in 2011.”

Her gumption paid off, she’s now Managing Editor of Drinks Business and spends her time writing about wine and other things of the liquid nature. And it was really her first real foray into the wine world, as she explains: “I wish I had one of these wonderful stories that I was a collector and used to stumble down at night to a dusty cellar, but sadly not. There was always wine on the dinner table when I was growing up; I would have a thimble full of red wine, topped up with water, which always felt incredibly sophisticated and I enjoyed the taste of it.”

Even whilst living in Granada, Spain during her ERASMUS year abroad (she studied Spanish and History of Art at UCL), she had no idea that Jerez – a city in the south of Spain that is famous for sherry, was right on her doorstop. Instead she spent her nights doing what many wine connoisseurs would think as sacrilegious and mixing wine with coke to create the Spanish drink calimocho. She had to learn on the job, but has since undertaken training and has completed up to level 3 of the WSET diploma.

There are obvious perks that come with her position at Drinks Business (Europe’s leading trade magazine covering everything from Champagne, wine and spirits to new trends, technology and bars) and one is travelling. This year alone, she’s already been to Bordeaux three times. Once for Vinexpo: “the gala dinner was mind-blowing,” Lucy muses. “I had dinner at Château Margaux and that was one of the best dinners I’ve ever had. It was so elaborate – like stepping into another world.” And the most recent was last month, just as the grapes were reaching their maturity, before the harvest.

During her 3-day trip, she and her fellow wine fans, went off the beaten track to meet lesser-known, smaller producers. “We were checking the temperature of the whole region and it was great to shine a bit of light on such a wide range of winemakers,” she says. “So much of the attention is often on the 1855 Grands Crus Classés, which are magnificent and merit their place, but there is so much more to discover!” We totally agree!As for her industry, “the wine trade is still male dominated, but it is changing and I’m happy to say there were a lot of women winemakers on the trip, one in particular, Amélie Durand at Château Doms, who was based in Graves – was full of enthusiasm.

She’s part of the next generation, which is what it’s all about! She comes from five generations of women, who have always run the winery, which is quite unusual for the region so a lovely story!” And these kind of stories are what are attracting wine fans young and old back to Bordeaux as a new generation of winemakers is taking centre stage. This new generation is opening its door to the public and to oenotourism – something that Lucy really noticed on her most recent trip. “It’s really exciting, châteaux realise that they can’t have a closed door policy.” Château Mouton Rothschild for example has been welcoming visitors for years, since they opened their museum, and more and more châteaux are following suit. There are many restaurants now attached to wineries and one great example, as Lucy points out, is La Terrasse Rouge at Château La Dominique in Saint-Émilion.

“It’s amazing and is housed in a beautiful red building, designed by Jean Nouvel that juts out of the landscape. And it’s just down the road from the streamlined architecture of Château Cheval Blanc’s new cellar. You can really see the old and the new existing side by side.”Even though Lucy is championing a modern Bordeaux – she’s a bit of a traditionalist when it comes to food pairings, especially when in Bordeaux and we don’t blame her! As she explains: “We visited Château Roland La Garde, an older and more established château in the region, and I was craving foie gras the entire visit, but hadn’t had any yet. It was the last visit on the trip and thankfully they brought out a delicious bottle of 2010 Sauternes and these little bruschettas toped with foie gras. I devoured an entire plate, which was a bit embarrassing but that’s a classic pairing for me.

I also really like dry white Bordeaux from Graves and oysters, a pairing that’s very saline and mineral, so they really complement each other. I was also lucky enough to once have a 1966 bottle from Château Margaux, which paired very well with venison.”On Bordeaux wines alone, she’s a big fan of Bordeaux reds from Pauillac, despite noting that it’s an obvious choice, given the area’s press and prestige, but she also loves Bordeaux’s sweet white wines. “I adore Sauternes and it’s really under-rated and under-loved, but there’s incredibly good value there. And the dry whites – Graves and Pessac-Léognan are amazing value at entry level, but sadly still very unknown in the UK.

Connoisseurs would know about them, but the general consumer doesn’t – the reds completely dominate, but there is a lot more to Bordeaux than just the reds.” And finally what are her thoughts on the 2015 vintage? “Hopes are very high for 2015 vintage – many calling it the vintage of the century, but I think it will be at least as good as 2010!” 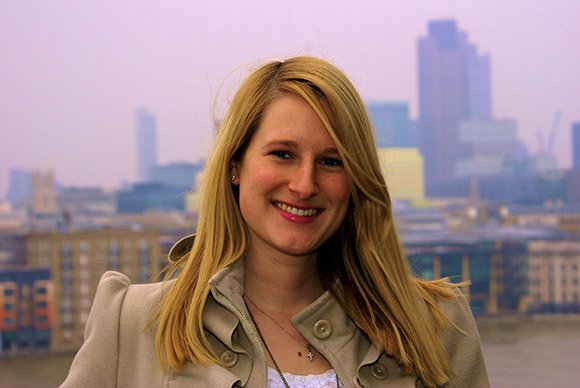 What style suits you sir?
<