The most important thing you’ll read all year! A.k.a. Bordeaux Wines’ guide to what to drink with your favourite TV series. 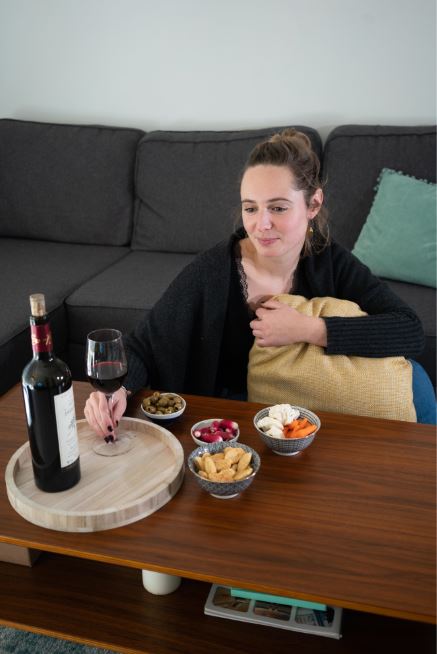 Is there anything better than binge watching your favourite TV series? Truly, only one thing could make it better – having a glass of Bordeaux wine in hand. 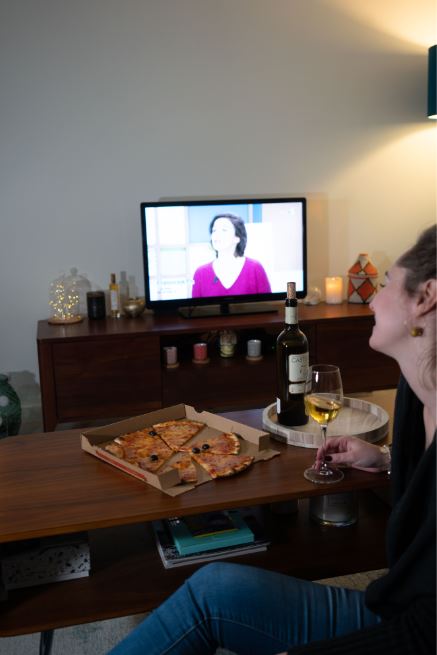 So now, at long last, we present Bordeaux Wines’ guide to the ideal drinking companions for eleven of your favourite TV series:

Game of Thrones clearly calls for wine and we recommend a Saint Émilion, such as Château la Roseraie Dumont, to chase away those red wedding blues. Like some members of the Stark family, these reds have mastered the art of being powerful and concentrated whilst at the same time being refined and delicate. And, like your favourite Lannister, they’re typically generous, warm, and round while their solidity masks a velvety tannic structure.

For the Crown, you’ll need something with a bit more spark, so why not drink a wine that’s literally sparkling: a Crémant rosé, such as Comtesse de Saint Pey Rosé Brut? Lively and complex with a lonnnnnnng finish that you’ll need to go through all the personal intrigues, romances, and political rivalries of the Queen.

Peaky Blinders is a perfect match for Bordeaux Supérieur, such as Château Recougne – a bold red wine with dark, ripe red fruit, with a spicy finish well-suited for the Birmingham gangster from the inter-war period.

For Downton Abbey fans we suggest a fine dry white wine from the Entre-Deux-Mers region of Bordeaux, such as Château Laurès. With the extra fruit concentration, this wine has persistent lime notes and pleasingly rounded texture that will help you to endure all the intrigues of the Crawley family.

When The Walking Dead’s on, all we can think about is human blo…I mean red wine! For television’s best zombie fest, you’ll need a wine as nervous as we are while watching this show…but that’s also lively, generous, and powerful…only a Haut Médoc. Such as Château Peyre-Lebade will do!

More of a Stranger Things fan? Not to worry. Grab a Lalande-de-Pomerol, such as Château Jean Gué for a red as complex as a 1980s throwback storyline. Those wines tend to be round, with good body and a lovely consistency that’ll make you forget all about the Upside Down before you drift off into that well-deserved nap.

This Is Us, on the other hand, calls for something fresh, light and velvety to balance out all that intense family drama. Grab a glass of a fruity red Bordeaux with moderate tannic concentration, such as Waitrose Reserve Claret… actually, grab the bottle. You may need it (and some Kleenex).

If it’s a Breaking Bad kind of night, pop a bottle of Crémant blanc, such as Calvet Brut! This festive bubbly is as white as Walter and as dry as the Albuquerque desert. Its surprising depth, power, and aromatic complexity will have you sniffing something better than Heisenberg’s “Blue Sky.”

When we’re watching The Big Bang Theory, we like to sip on a dry white from the Graves region, such as Château Calvimont. It’s not as complicated as quantum physics, but this fresh and balanced white wine is as harmonious as the relationship between Sheldon and Amy…when that’s going well.

Grey’s Anatomy just screams out for a Bordeaux rosé Château Tour de Mirambeau – surprisingly light (like a medical drama that you wouldn’t expect to involve dance parties), yet decadent with a lovely roundness…like a kidney in a jar.

Finally, for Orange is the New Black, only a Sauternes, such as R de Romer du Hayot, will do. This famous sweet wine is powerful and full-bodied, but as elegant as a PR exec in prison, with an entrancing sweetness and exceptional finish like that perfect season finale.

In the end, these are merely suggestions – we hope you enjoy your binge fest regardless of what wine you’re drinking…as long as it’s from Bordeaux, of course! 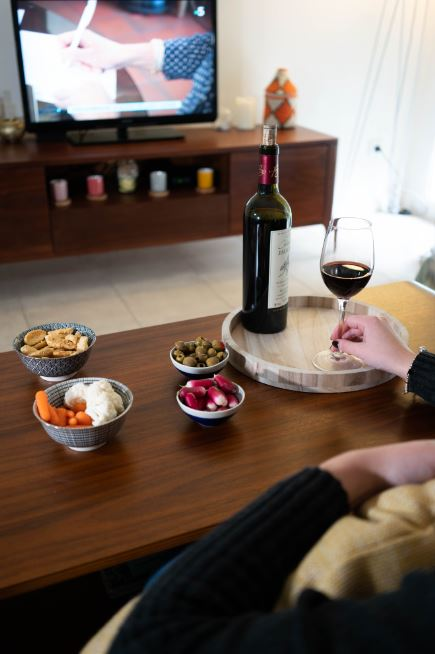 Wines and glasses – so many varieties and styles – how do you decide what works best?
<


Wine and pizza - a few ideas from Bordeaux
>