Allowing wine to mature is essential as this results in a clear liquid and allows the various components of the wine to mix. During this process, the wines stabilise their colour, develop their aromatic potential and blend into a harmonious and balanced product. The wine can be matured in vats (especially those that must be drunk young) or oak barrels for the more complex varieties. The latter also benefit from the effect of the oak or concrete.

There are many schools of thought with regard to the best container for winemaking. Which one is dominant varies over time.

The seventies saw the mass arrival of stainless steel vat cellars, which allowed for considerably better hygiene. Wooden vats (often truncated in shape) reappeared in the nineties to be used for red wine production. Their benefit is that they promote the exchange of tannins and aromas between wine and oak from the start. In this regard, it should be noted that many white wines are also fermented in barrels. However, certain wooden vats from the “pre-stainless” era have stood the test of time and are also still in use today.

Finally, there has been a renewed interest recently in concrete vats, some of which had also remained in use throughout the years, even in the most prestigious chateaux. Concrete is an appealing choice as it is an inert material, which doesn’t affect the taste of the wine, and it allows for better temperature control.

However, the traditional cubic shape is now being replaced by truncated or even egg-shaped vats in an attempt to reproduce the physical conditions of antique amphoras - they allow the must to slowly rotate, which keeps the lees in suspension and gives the wine a rounded and velvety consistency. 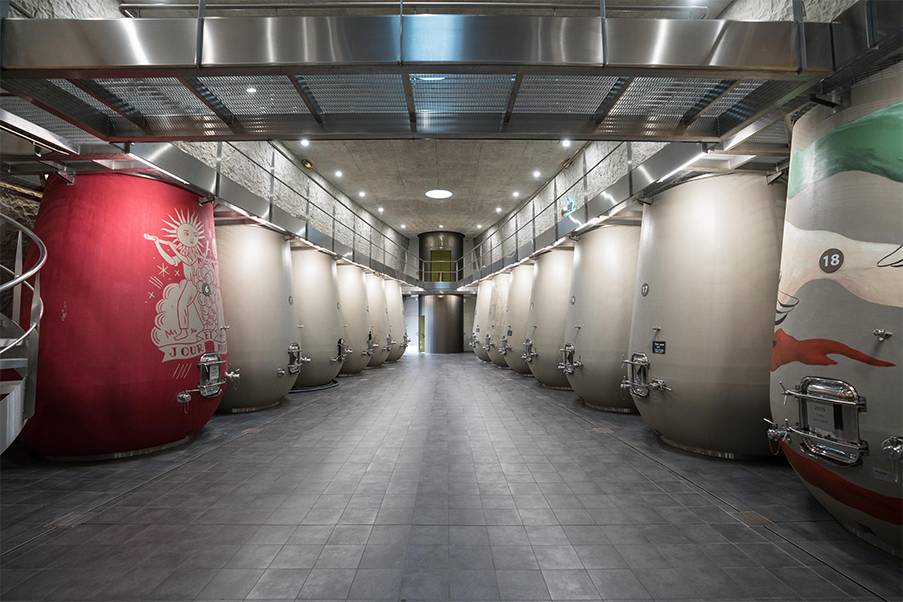 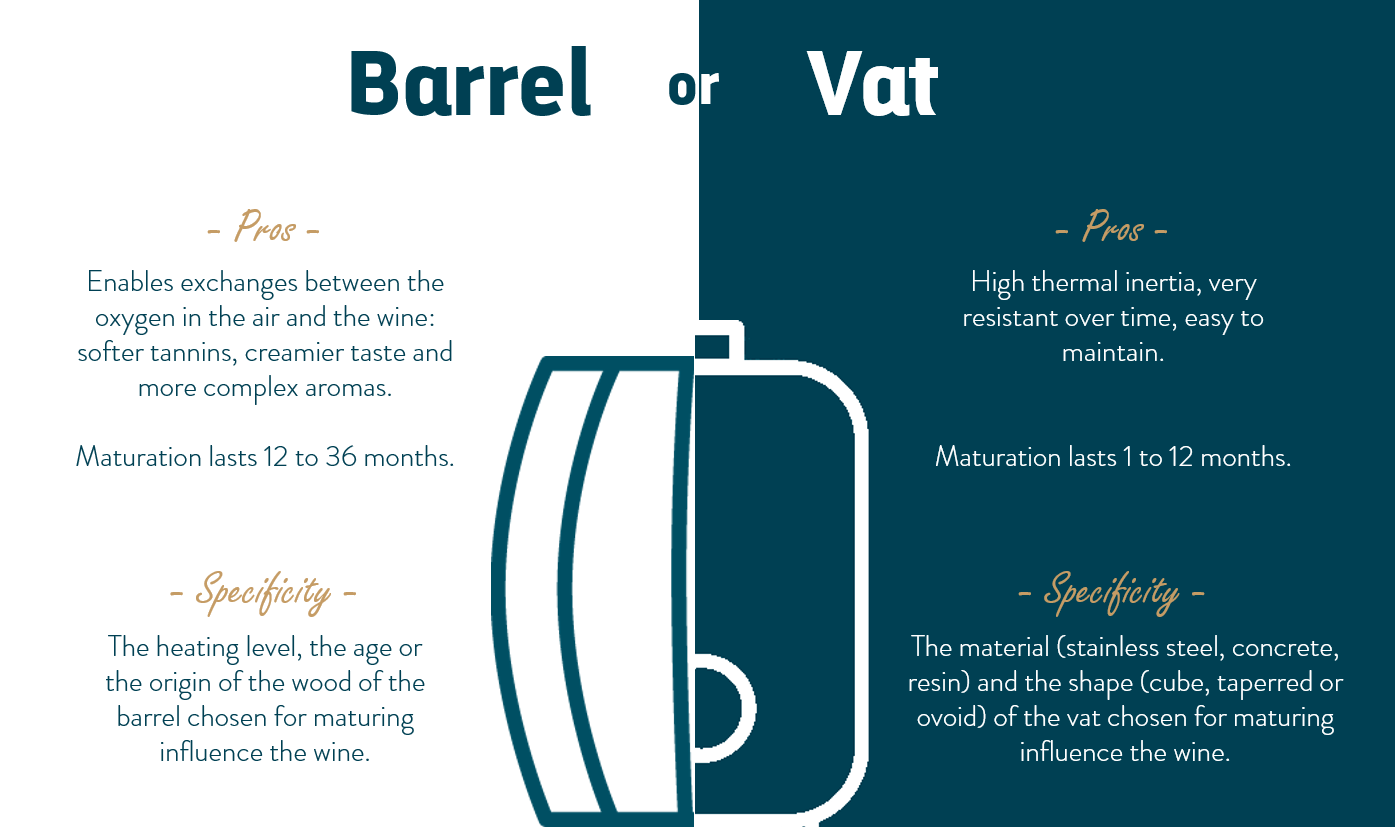 The secrets of ageing

For several years now, producers of white wines in Bordeaux, especially those aged in barrels, have been giving preference to a technique called “stirring the lees”, which allows the wine to keep in constant contact with its finest lees through frequent stirring. The benefit of stirring the lees is that it increases the complexity and rounded texture of the juices and preserves the aromas.

Nowadays, this technique is sometimes also applied to red wine. A lot of effort has also been made to better understand how juice and wood (i.e. the famous Bordeaux barrel and the wine it contains) interact with each other during the maturation stage.

The exchange of aromas that takes place during maturation is determined, among other things, by the “toast”, i.e. by the light internal roasting of the oak slats that make up the barrel. By carefully selecting the barrels used for ageing based on their degree of “toast”, winemakers can influence the aromatic profile of their wines and produce aromas with hints of vanilla or hazelnut or even a toasted aroma for white wines.