Chinese cuisine is so rich, varied, and steeped in history that to attempt to describe it in a few sentences is a fool’s errand. Chinese food can be almost unrecognizable from region to region, and there are countless specialties, from the seemingly mundane to the truly exotic. Today, however, we’re going to focus on the soup dumpling, or Xiao Long Bao, a specialty of the Shanghainese region and one of the greatest appetizers ever created. You might not expect it, but we’re happy to report that Bordeaux wines drink remarkably well with soup dumplings if you’re willing to consider some novel pairings. 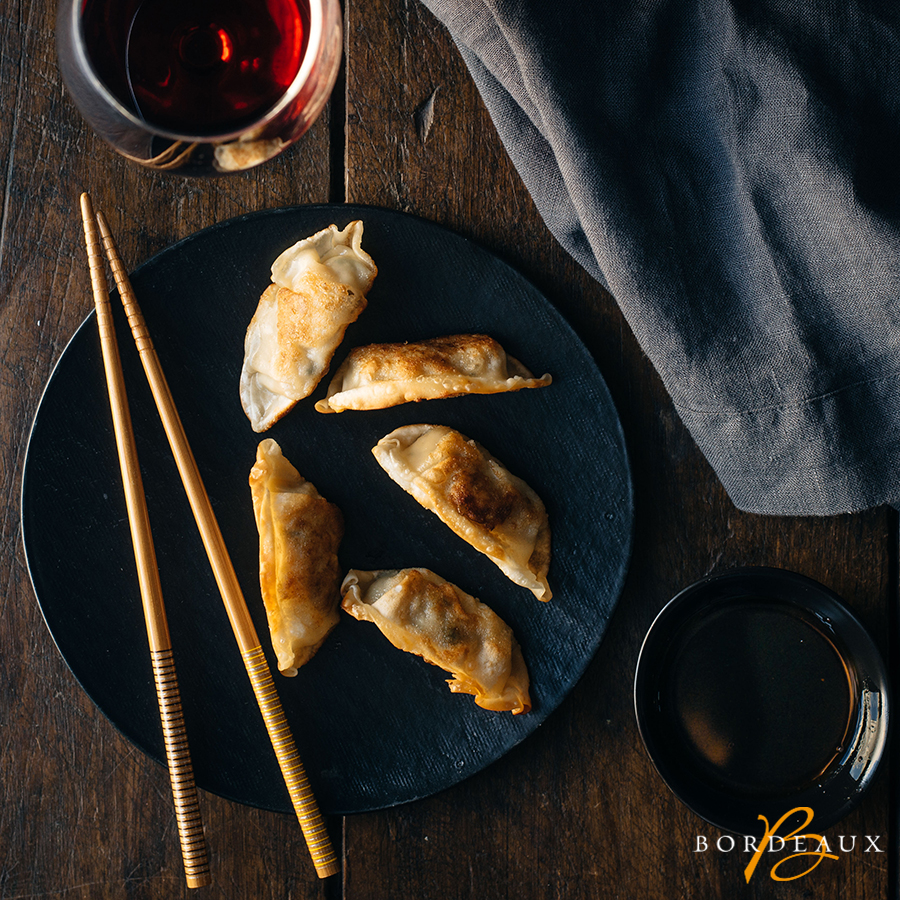 The majesty of the soup dumpling is described in the name: unlike its fellow dumpling varieties, this one holds a rich, dark broth that at first glance seems like an inconceivable interloper within its thin dumpling skin. The thinner and more pliable the dumpling skin (while remaining strong enough not to burst as you pick it up with chopsticks and transport it to your mouth), the better the chef.

To make this Chinese delicacy at home, we’ll walk you through a recipe for the traditional version first, followed by a nontraditional vegetarian option. First combine chicken bones, backs, and necks, Chinese-style smoked ham, scallions (both the whites and greens), ginger, white peppercorns, and water in a large pot and bring to a boil. Once boiling, turn heat to low, and simmer for two to three hours. Strain your broth and refrigerate overnight, or until the broth has turned into a jelly.

While your broth is simmering, begin work on the dumpling fillings. If you’re making traditional dumplings, combine ground pork, shrimp, soy sauce, Shaoxing (a type of fermented rice wine), and sugar. For vegetarian dumplings, replace the pork and shrimp with assorted finely chopped Asian vegetables such as napa cabbage, carrots, scallions, and ginger. You’ll need to omit the chicken and ham from the broth as well, of course, and use some vegeterian gelatin instead to thicken your broth.

Finally, make dough for the wrappers (or save yourself some time and pick up some pre-made dumpling wrappers at any Asian grocery store), and fill each wrapper with a tablespoon of your dumpling filling and a small cube of the jellied broth. Wet the wrapper’s edges and pinch carefully to close. Steam until cooked through (approximately 5 minutes) and eat immediately.

Eating soup dumplings is not for the faint of heart. We recommend picking one up gently with your chopsticks (better to take hold of the folded top than to grasp it in the center) and transporting it to your soup spoon. Then, carefully bite the top off of the dumpling, pick it back up with your chopsticks, and empty the hot soup into the spoon. Finally, give the dumpling a quick hit of the black vinegar sauce that usually accompanies them, and eat it in one bite, followed quickly by slurping the soup in your spoon.

In terms of pairing wines with Xiao Long Bao, this might be a bit unexpected, but we recommend drinking a sparkling white wine—a Cremant de Bordeaux. Soup dumplings are rich but simultaneously delicate in flavor, and not heavily spiced, so the Cremant will cut through the heaviness of the pork filling without overpowering the dish. For an alternative pairing, try a Clairet, that unique Bordeaux specialty that’s partway between a red and a rosé.


How to Make a Quick, Easy, Homemade Tajine and Pair with Bordeaux Wine
>

Ten Bordeaux Wines Under $20 For Thanksgiving 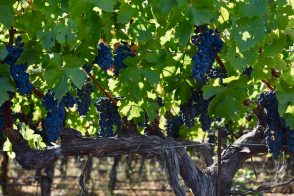 How Bordeaux is Adapting to Climate Change