The Life of a Vineyard

Ever wondered what happens in the beautiful Bordeaux vineyards once harvest has taken place? It may look rather leaf-stricken and you might assume that all activity moves to the winery, but the resilient vineyard managers are hard at it all winter long – here’s an insight into the busy life of a vineyard…

Harvest time. A crucial moment for the winemaker as they must choose the best time to gather healthy, ripe grapes free of rot and disease. This is when the hard work throughout the year really comes together, from the winemaking team to the vineyard workers, everyone has played a part – nature included! 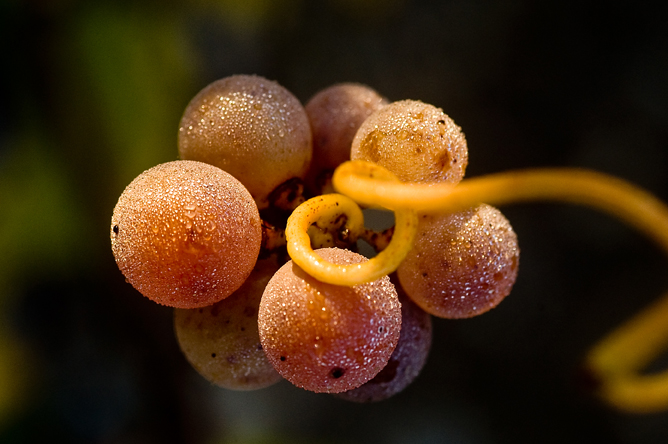 Ploughing time in the vineyard. Post-harvest the winemakers move inside to the winery to begin pressing, blending, tasting, trialling and fermenting.

However back in the vineyard, during the vegetative phase, the vines extract the strength they need to grow from the soil and produce quality grapes. The goal is then to add organic fertilizer to the soil to nourish it and prevent deficiencies. 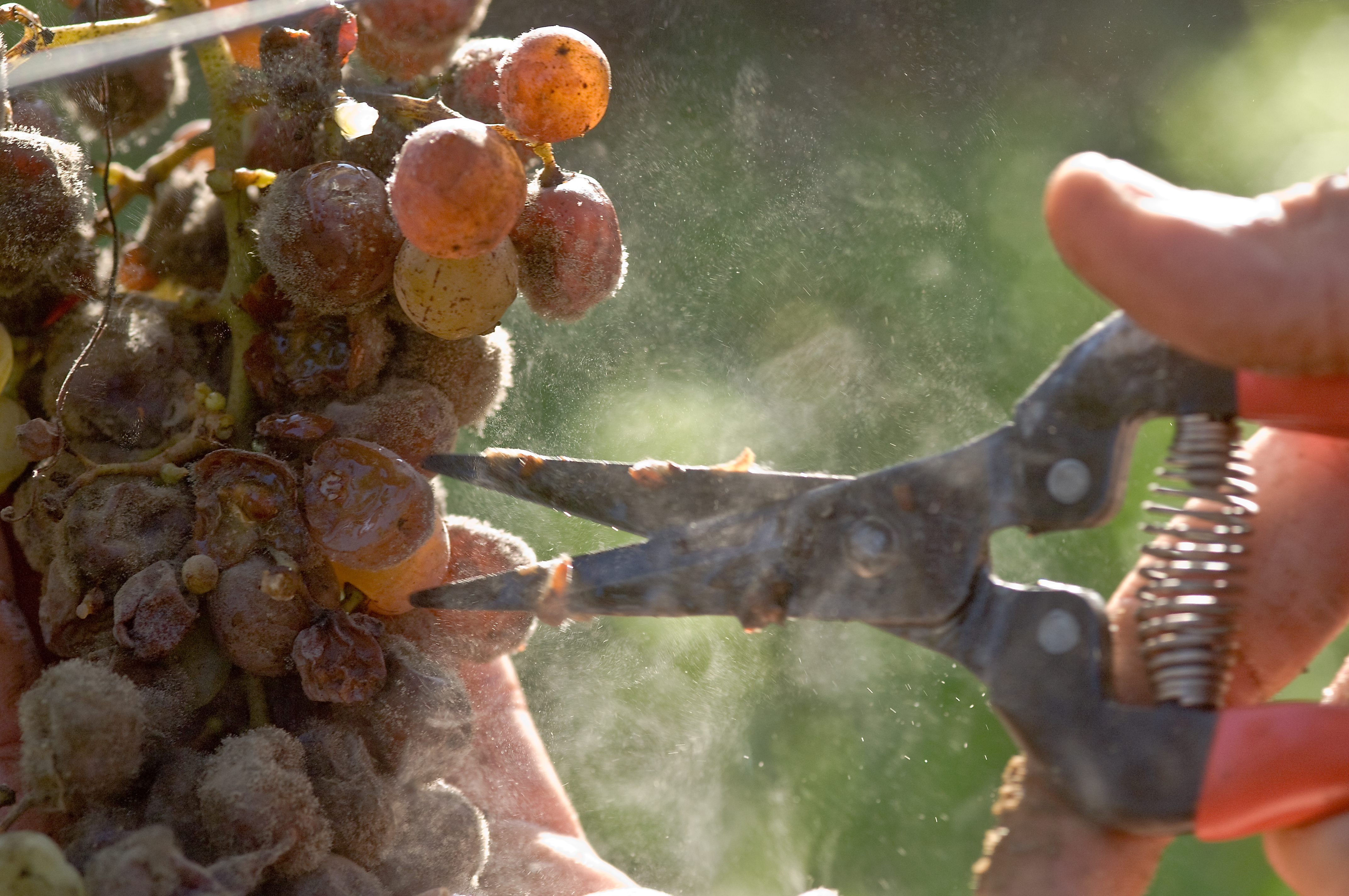 Soon after harvest the leaves turn a range of Autumn hues, it truly is a beautiful sight. Sadly this spectacle always ends, as the days get shorter and the nights draw in.

Pruning time. As soon as leaf-fall ends, the vineyard team begins pruning as early as mid-November. This is a long process, but a determining factor in the vineyard’s growth; the quality of the following year’s harvest depends on this.

The vineyard manager will devote his entire attention to the pruning, and there are various methods and techniques used.

Essentially pruning the vines is done to improve their productivity and the quality of their fruit. It balances the vegetative growth of the vine stock and concentrates the sap that runs through the shoots, making them stronger. 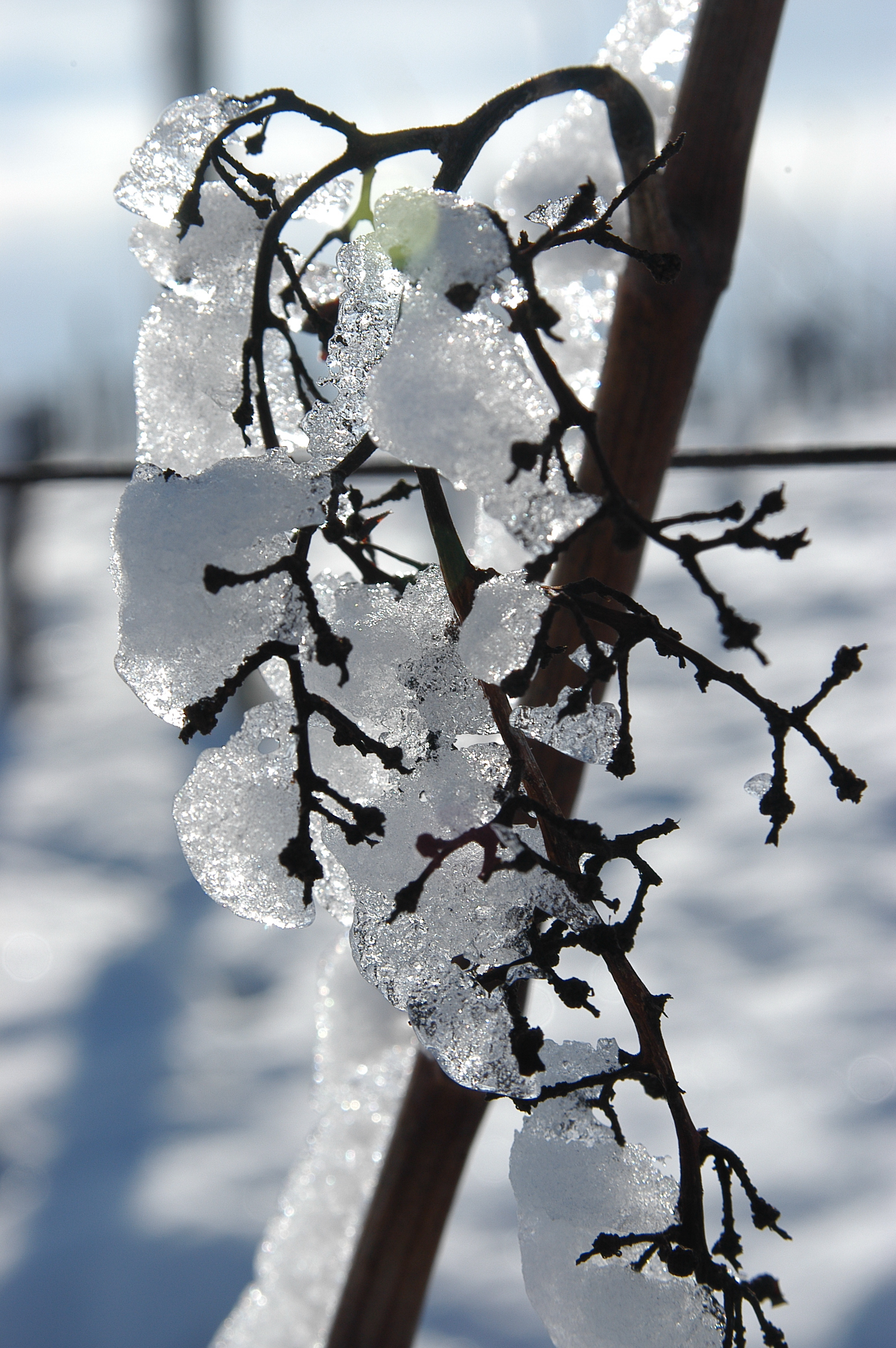 More pruning! Then burning and grinding, or crushing. Pruned branches and the cut canes need disposing of, and these are the two ways the vineyard team will go about the process.

Mechanical grinding has the advantage of speed, and the shredded branches left in the rows help regenerate the soil’s organic matter, while the ash that results from burning adds minerals to the soil. 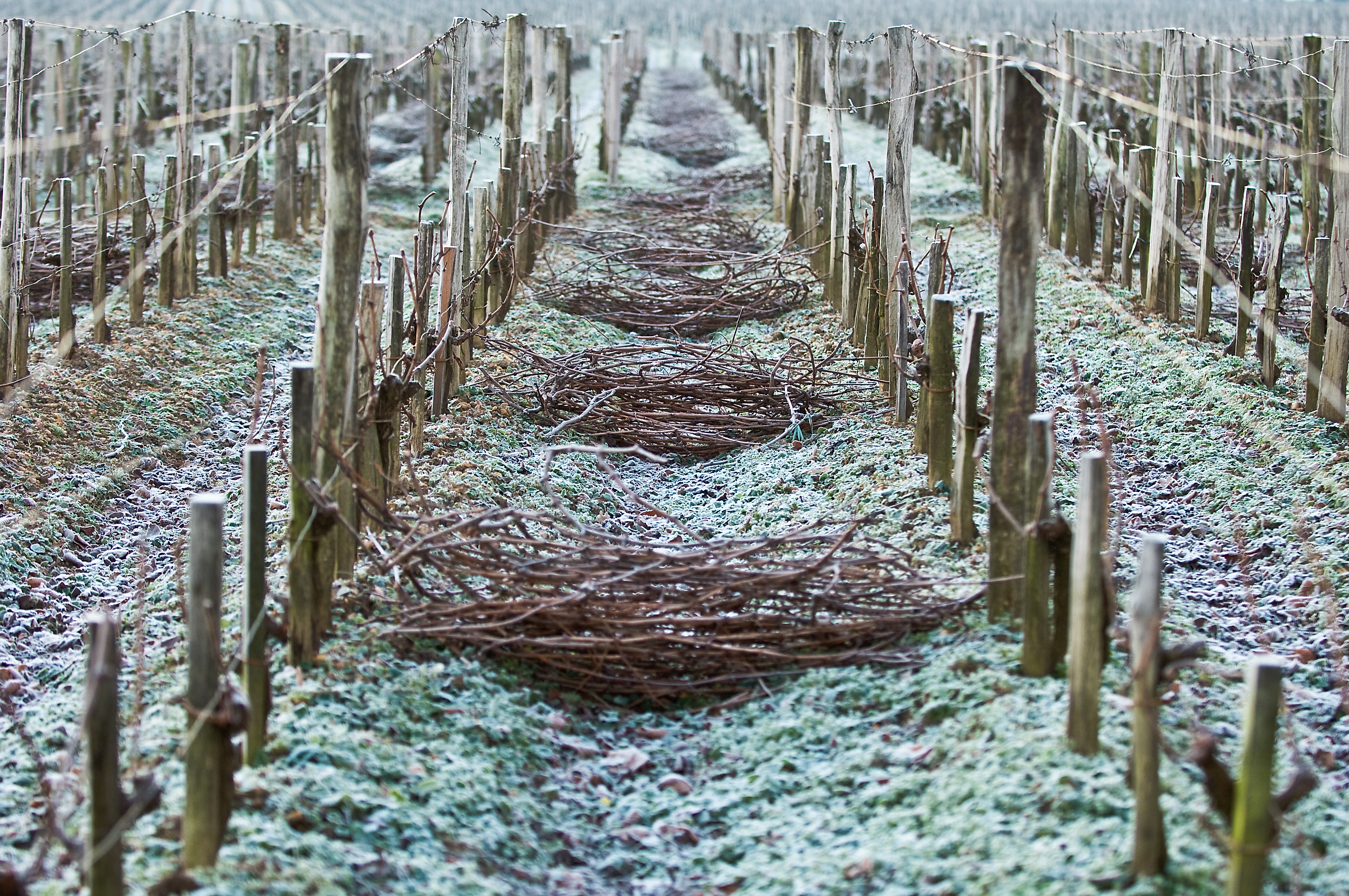 After a winter of quiet pruning and regeneration a new growth cycle begins. This month the vineyard manager sets to work on the trellising, replacing posts that have been damaged by the winter or machines. The vines are retied to their supports via the lowest wire.

Then the sap begins to rise in the branches, oozing through the scars left by the pruner’s shears – as if the vine is weeping! Throughout this process the vineyard manager aligns his work with the rhythm of the vine’s growth, and climatic conditions. 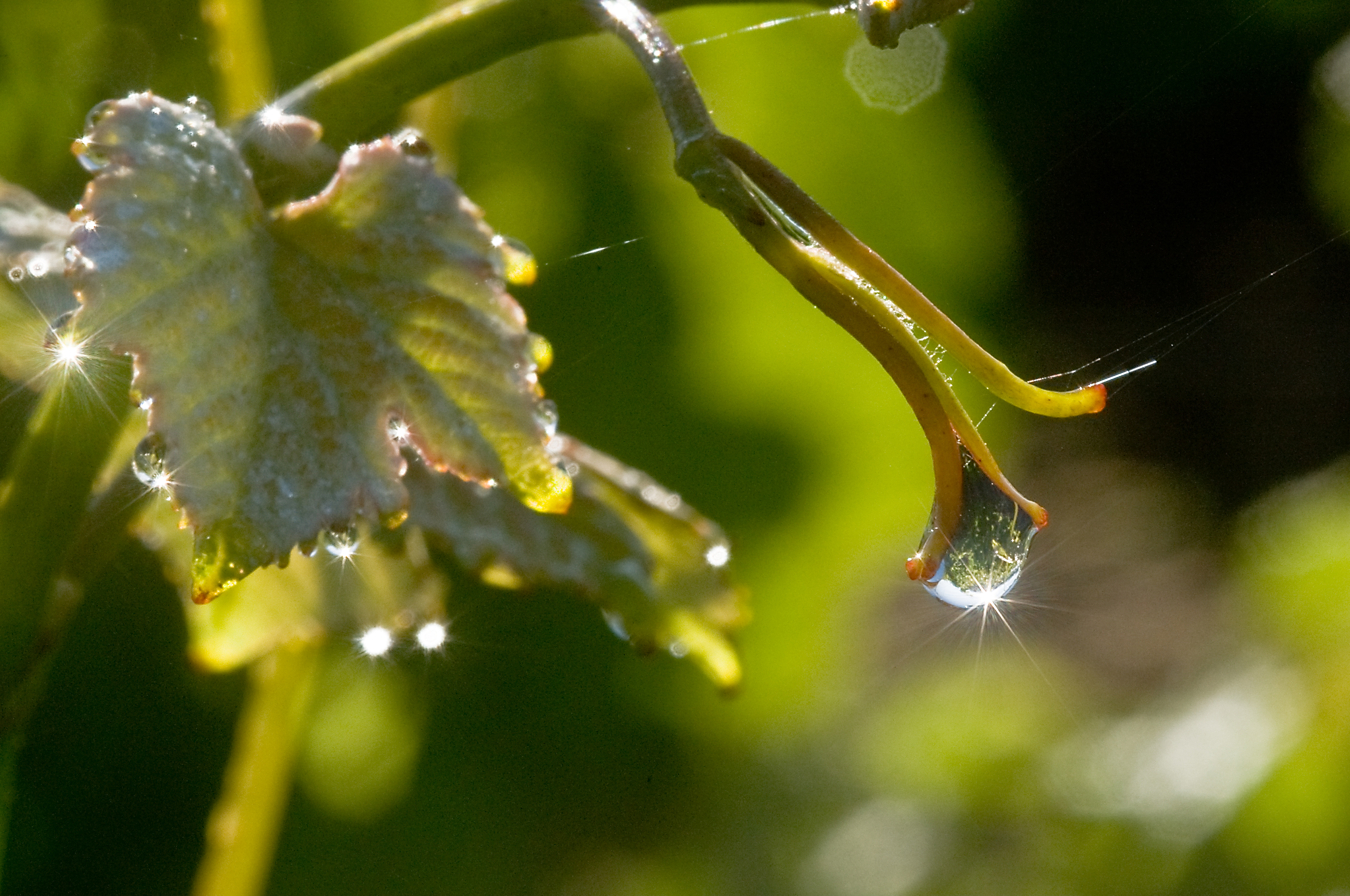 Bud break. As spring is sprung across the countryside the buds swell to show the first leaves and future branches. It’s an exciting time of new growth, with the hard work of winter visibly paying off.

A significant danger during April are the Spring frosts which can seriously harm the quality of the crop by burning the young branches, as happened in April 1991, causing a huge percentage of the Bordeaux region to lose significant amounts of their crop.

The space between rows and under the vines then needs flattening; a lot of weeding takes place too. After removing the piled earth from around the vines, clumps of earth remain. These are removed both mechanically with a vineyard plough and manually with a toothed hoe, also known as a tire-cavaillon. It is hard work for the vineyard team, dealing with the often-compact clay soil left after the rainwater evaporates.

As the weather improves, activity increases across the whole vineyard area and the branches grow fast, often between 5 and 15 centimetres a day; they must be lifted and trellised regularly before being trimmed. 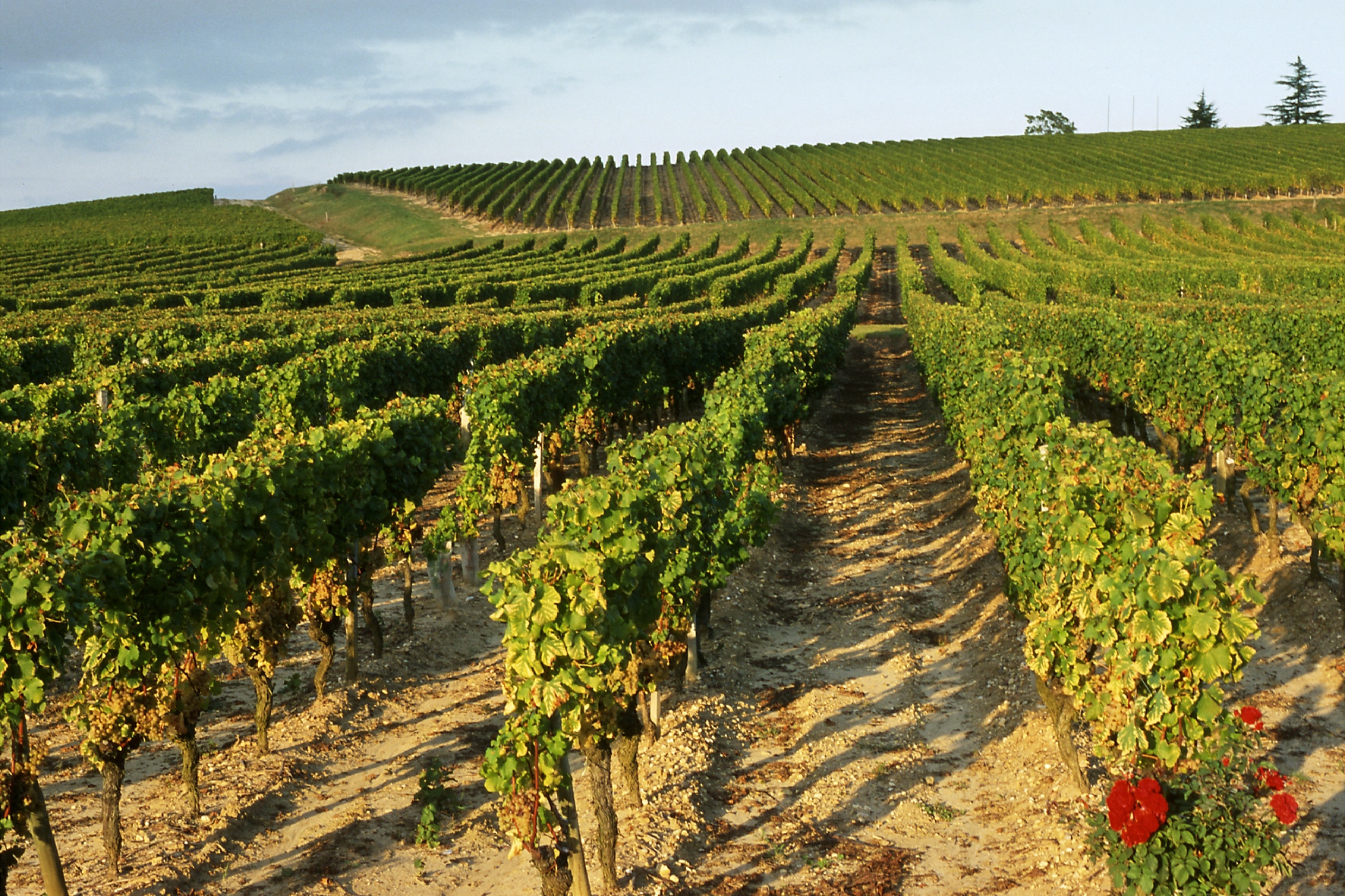 Reproductive cycle begins. The flowering period that started in May after the bud break continues into June. This time in the vineyard has a key influence on the final quantity and quality of the grapes, and the date that harvest will begin, largely dependant on weather conditions.

Bad weather during pollination can cause an uneven formation of berries in a cluster or they may not develop properly.

The fruit set! In this exciting stage flowering comes to an end and the flowers become berries. Pest control protection is important at this stage as the vines are sensitive to fungal or mite attacks. Treatments are limited, and at the same time the canes in the trellis system are lifted, and the upper canes trimmed as the vines grow. 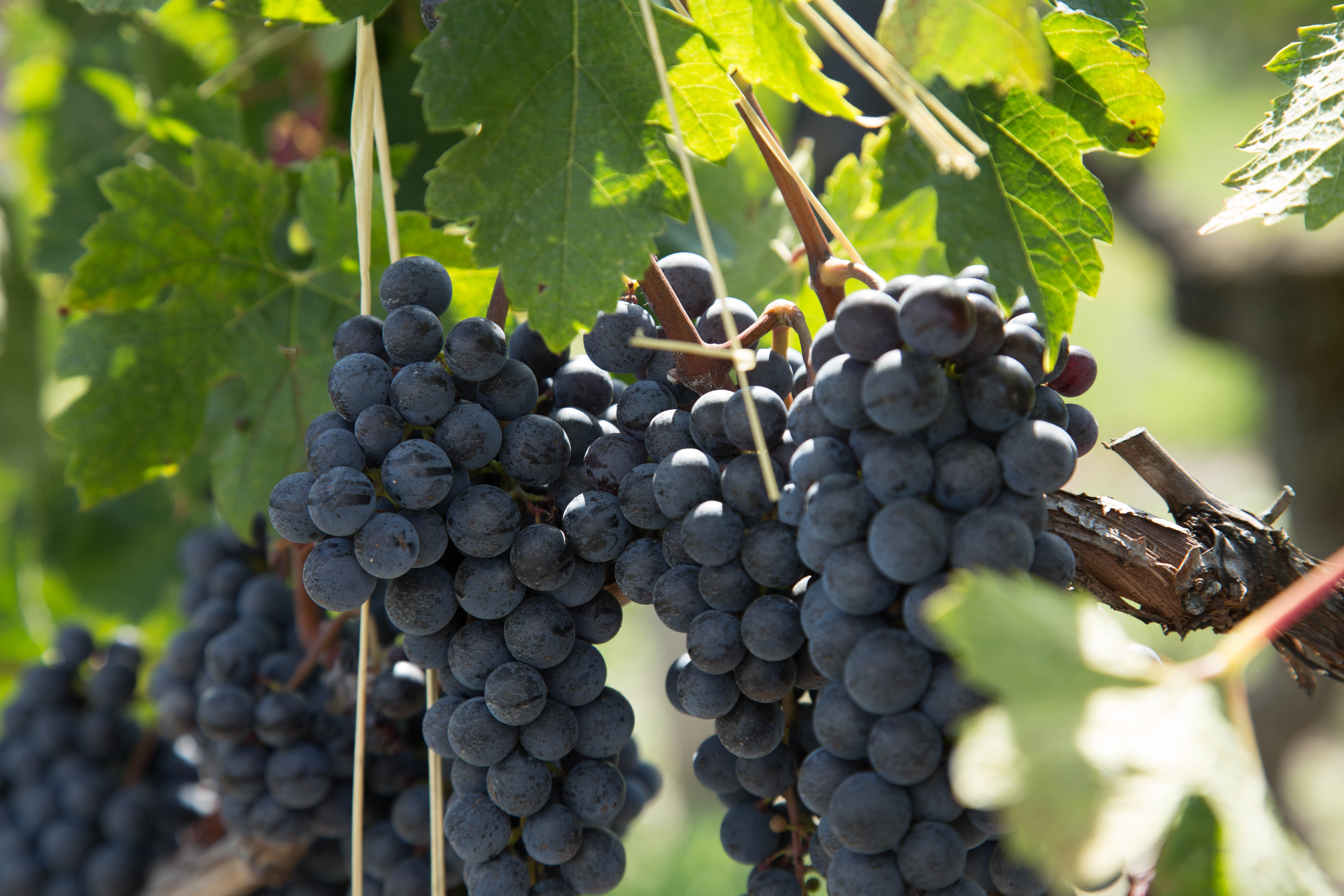 Winemakers now have a good notion of the harvest date for peak grape ripeness, as it occurs 120 days after flowering and often the quality of the vintage can be determined during July or August.

Another task during fruit set is the leaf pulling, performed on East facing sites where the sun rises to ensure maximum exposure to light, and vines are trimmed of excess clusters of grapes. This is called the green harvest and is a key method of crop control.

As the fruit develops on the vine it begins to change colour and mature.  The length of the ripening period also depends on the weather, further influencing the harvest quality. 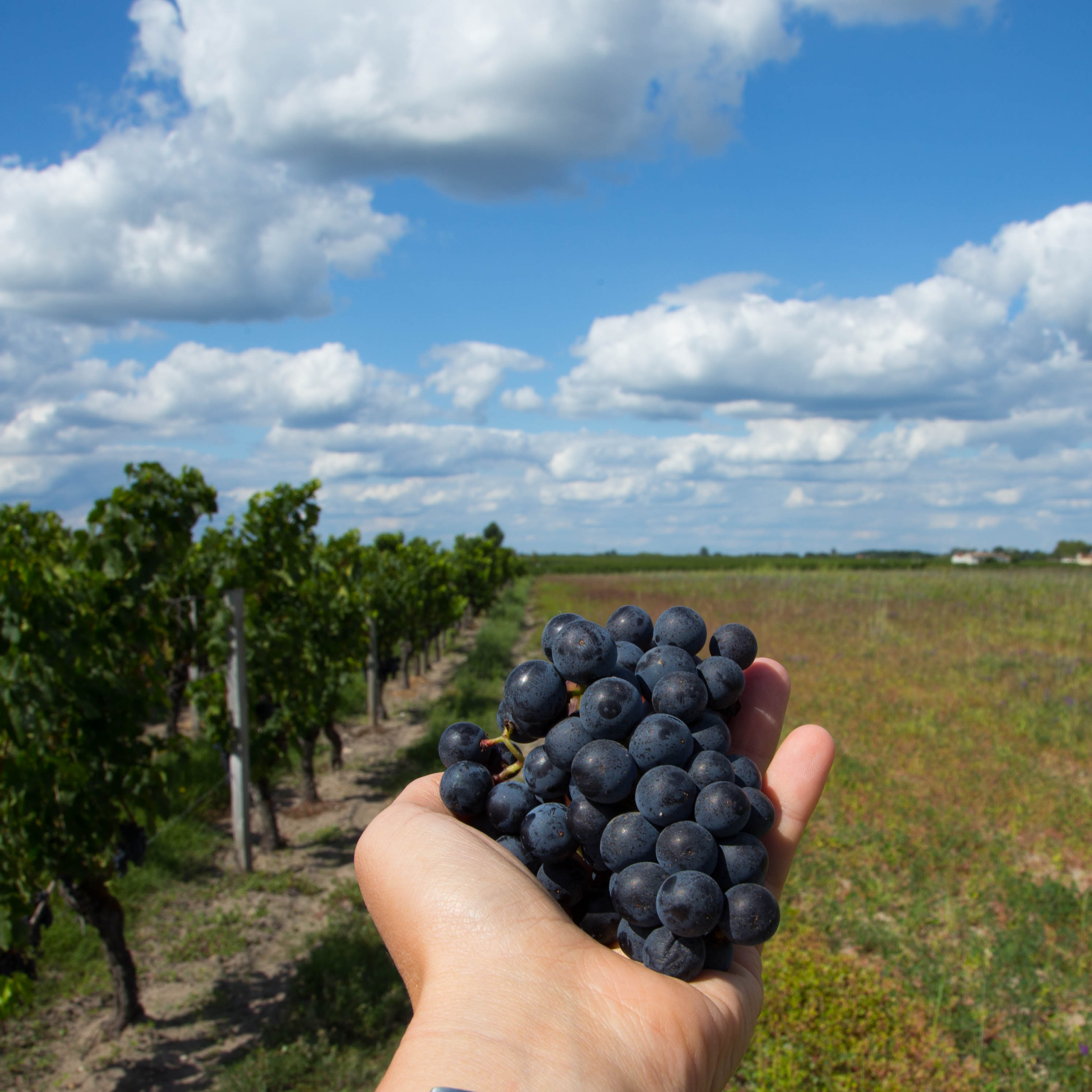 At this stage the vines actually stop growing, the canes changing from green to brown. The second phase of leaf pulling takes place in August, on the West facing sites. Another green harvest is performed on berries that haven’t ripened evenly.

The length of the final ripening period depends on the weather, the final stage to influence the harvest quality.