Virginie Aubrion speaks in a deep voice that resonates with the depth of her extensive experience and a life that has not always smelled of roses. She grew up in the south of France near Nice and always saw herself living in the mountains in the Southeast. It would never have occurred to her to settle in Bordeaux, let alone to become a wine grower.

Virginie does not use the feminine version of her title, ‘vigneronne’ (winegrower) when she introduces herself. Not because she wants to be considered on a par with her male counterparts, but “because the letters of vigneron appear in this order in my first and last name: VIrGiNiE AubRiON,” explains Aubrion, who took the name of her now deceased husband, without whom her life would never have taken such an unexpected turn. 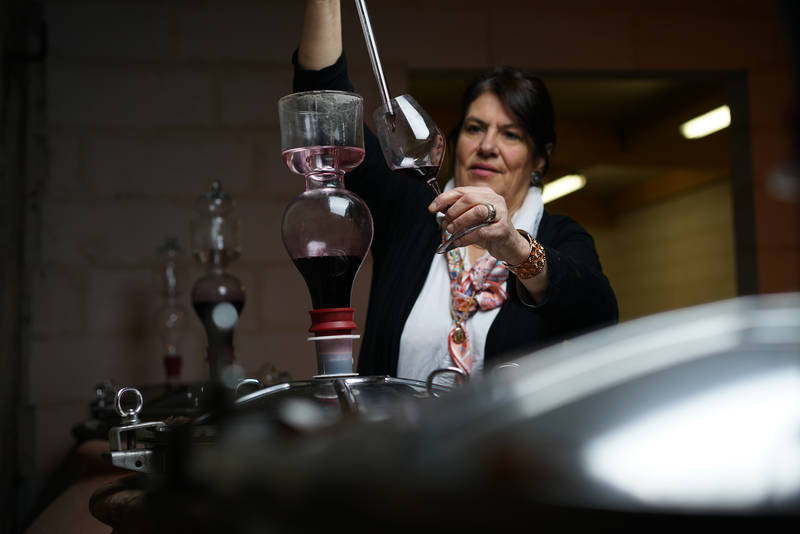 After studying Political Sciences and Marketing in Grenoble in the late seventies, she moved to Paris with great ambitions and with the prospect of a well-paid job. She was appointed marketing manager in an agri-food company and loved her job.

“I had an open-ended contract with a successful company. I had the good fortune of being given a lot of responsibility right from the beginning of my career.” She travelled a lot and met lots of new people. Her Parisian life of privilege continued in full force, punctuated by the birth of her six children – one girl and five boys. “But I never put my career on hold, I always continued working.”

It was also during this era that she acquired a refined taste for wine. When you grow up in a family where good food takes centre stage at the table during each meal and when you are allowed to sip from your parents’ glasses as a special treat on Sundays, you automatically acquire a taste for good wines. “I drank bottom-of-the range wines as well as very good wines, but in my opinion there was a lack of affordable good-quality wines.” Little did she know at the time that this would be the challenge she would set herself years later with the wines from her own estate, Château de Piote.

Her move to the Bordeaux region did not happen overnight. At the time, her husband, who had a serious illness, expressed the desire to make a major change in lifestyle. “He was the marketing director of a pharmaceutical company. The idea was to become a winegrower or a farmer and that I would take care of the business aspect. So they started looking for somewhere in the south of France, but in vain. They looked absolutely everywhere for a whole year until a determined real estate agent convinced them to look at a house in the Bordeaux region, which was available for sale according to a ‘viager’ agreement.”

“I remember the day of the visit; the house was a mess, but the ‘chai’ – the wine storehouse – didn”t look too bad.” Virginie then returned with an advisor from the Chamber of Agriculture to have a look at the ‘chai’ and to check the condition of the vines. “It turned out that the soil was excellent, that the barrels were well preserved and that if I set up as a ‘Jeune Agriculteur’ (young farmer), I could obtain a loan at 2% interest to buy the property. 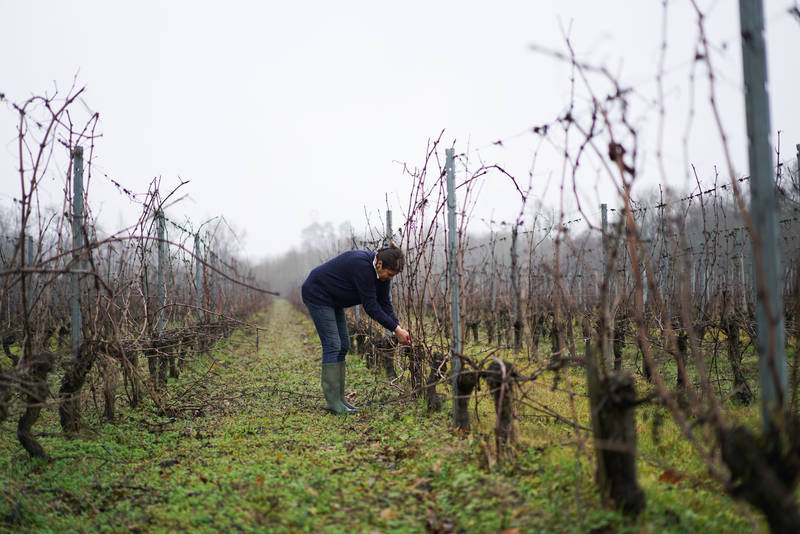 Virginie didn’t hesitate for an instant and quit her job, got a degree in wine-growing/oenology in Blanquefort and underwent some intense practical training over a period of several months. “I was already 39 years old, so we had to move quickly to take over the enterprise and benefit from the status of ‘Jeune Agriculteur.” Meanwhile her husband bought a small pharmacy in the area to keep the wolf away from the door. From now on in it was Virginie, and she alone, who was the winegrower at Château de Piote.

The first harvest took place in the summer of 1998. During the summer the whole Aubrion family slept in tents – the house being uninhabitable at the time – under the cantankerous eye of the old woman who was still the owner. “People must have thought we were crazy because we ploughed and harvested by hand. Holidaying friends stopped by to lend a helping hand. The organic phenomenon had not yet taken off.”

And yet, since 2009 all the wines produced at Château de Piote are biodynamic and since 2012 ECOCERT-certified. 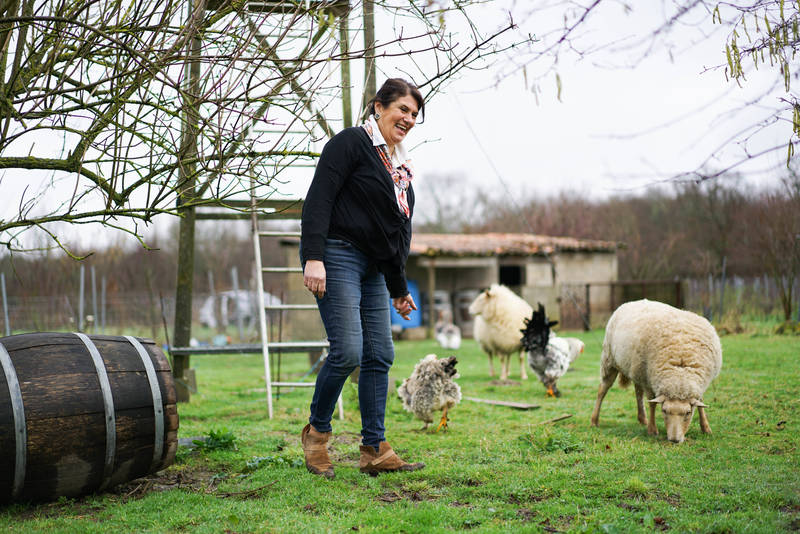 “After bottling this first harvest we were so eager to taste the wine that we opened a bottle of white that the very same evening … and the result was excellent. 1998 is still an outstanding vintage.” And so the years and the harvests went by subject to the caprices of the weather and darkened by personal problems.

The death of her husband in 2010 resulted in a loss of income. “My sons regularly come to lend a hand, but I also plan to let the property for seminars and weddings.” It is in this beautiful, spacious room, dominated by the old bread oven that wine lovers can sample her wines. “I have no choice, I”ve left everything behind to do this work, so I have to make it work,” she explains, with a hint of nostalgia in her voice. “But I”m adventurous and determined.” 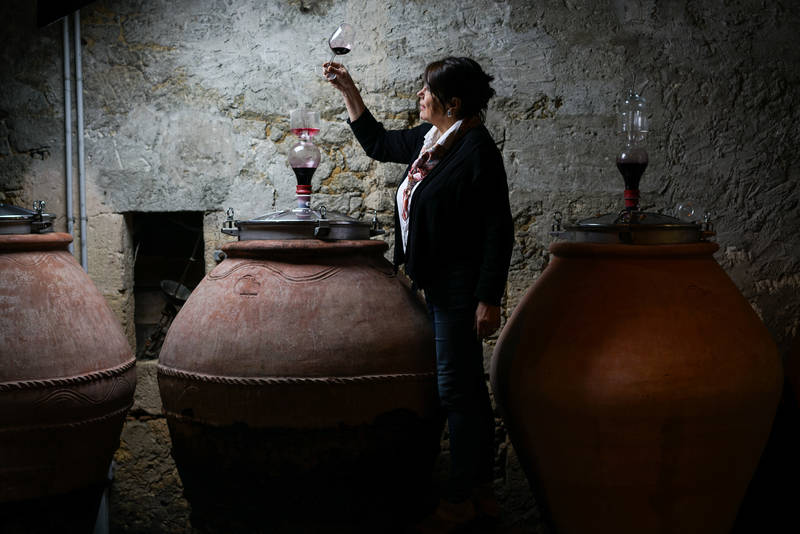 And curious too. Even at 60, Virginie continues to research new winemaking methods: “I bought terracotta containers for red wine and stoneware pots for white wine … This means that I can add more oxygen to the juice, which results in a stronger presence of fruit in the flavour. It’s like munching on a bunch of grapes.”

Retirement? She’s not thinking about that yet. “I still have seven more years to go … Time enough to experiment, to improve and certainly no time to rest.”


The Sweet Wines of Bordeaux !
>